My cats’ choice of mind-altering substances:

Valerian? Nope, it isn’t a planet in Star Trek, but a plant. It often gets added to herbal teas to help insomniacs nod off and, it seems, is irresistible to cats.

I won a valerian-infused cat toy at a raffle, which was donated by the wonderful Katzenworld and their partner 4cats. The 4cats Premium Cat Wrestler was beautifully packaged in a clear plastic tube (and with good reason; more later) and was big enough for the average size cat to grapple with. It was sturdy, well made and covered with fabric so strong that even the strongest and most determined moggie would struggle to disembowel it.

Once I got my prize home, I unpacked it and waved it at Lola and Boris, my two gorgeous felines. First, some appreciative sniffing, then some grabbing, and then a scuffle ensued, which Boris won. He spent the rest of the evening licking it, biting it and, eventually, writhing ecstatically on the carpet with it while Lola glared at him. 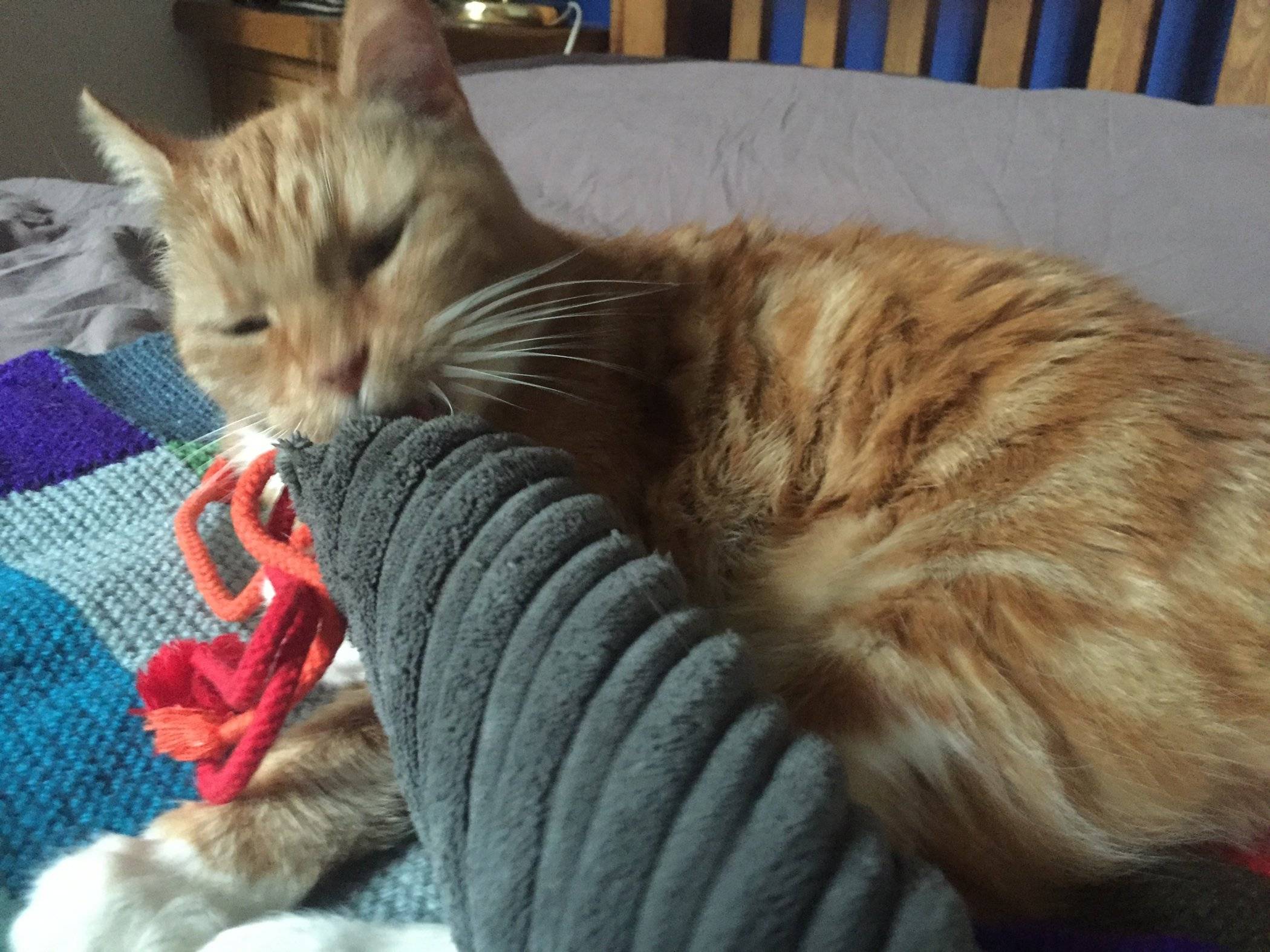 Something in the room smelt, well, off. I checked my shoes. Nothing. I checked the floor for decomposing mice. No corpses. I was just on the point of moving the sofa to check underneath for ex-rodents when my husband wandered into the room, exclaiming, “Christ! It stinks in here!”

I looked at Boris, who had stopped writhing and was looking rather stoned. I bent down and sniffed, then picked up the toy, narrowly avoiding the Ginger One’s claws as he tried to grab it back. It was the toy. Oh, no, the toy. The toy that Boris loved so much that it was soaked with saliva. And the toy STANK.

The husband wanted to throw it in the bin, but I pointed out the toy’s excellent packaging, which had not given the game away about the toy’s “aromatic” potential. “Look,” I suggested, “we could just keep it in here and get it out now and again for them to play with. They’ll look forward to it!” Husband reluctantly agreed.

Both cats get very excited whenever we pick the tube up and unpack the toy. It still smells terrible, but we have got used to the smell and, for all its stinkiness, it is a stellar hit with Lola and Boris.

You can take a look at these toys such as the below Premium Cat Wrestler on the Katzenworld Shop:

One thought on “Why Don’t you Come on over, OH so Sweet Valerian Cat Toy?”