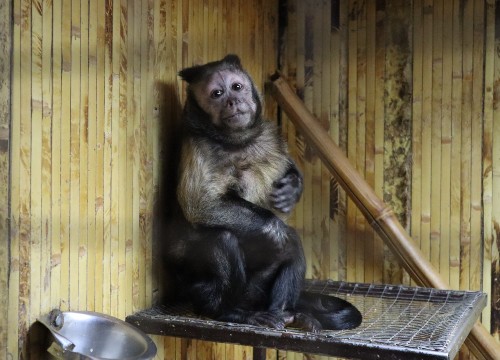 Responding to the plan, the Charity’s co-founder and Executive President Will Travers OBE said:

“We applaud the level of ambition set out in DEFRA’s Animal Welfare Action Plan, and the wide range of issues it is designed to tackle, many of which have been long-standing campaign priorities for Born Free. We look forward to further details of the legislative and other mechanisms by which the various issues will be addressed, an expeditious timeline for their introduction, and better understanding the opportunities there will be for further input from ourselves and other key stakeholders. These promises have been a long time coming, and we urge the Government to ensure the necessary parliamentary time is made available to make good on them as a matter of priority.”

The Animal Welfare Action Plan (AWAP) identifies a range of initiatives aimed at improving the welfare of both free-living and captive wild animals. The recognition in law of animal sentience, which is likely to be first out of the blocks in the new parliamentary session, will set the tone. However, as well as acknowledging the sentience of vertebrate animals, it should seek to add invertebrates that are clearly sentient, such as decapod crustaceans (such as lobsters) and cephalopods (such as octopus), and must be accompanied by robust, meaningful and independent mechanisms by which decision-makers can be held to account.

Commenting on the Action Plan, Born Free’s Head of Policy, Dr Mark Jones, said: “The UK was the first country in history to introduce animal welfare legislation. Today, it can play an important role in setting precedents for other countries to follow. DEFRA’s plans to focus on encouraging measures to improve the lives of animals at home and overseas is therefore welcome, as is the commitment to implement, and hopefully exceed, the targets being set by the global community to halt and reverse nature’s decline. We encourage the Government to make good on all these commitments, and do all it can to ensure other countries do the same through its direct engagement with them, and by promoting the adoption of animal welfare and wildlife conservation measures through international bodies such as the World Trade Organisation (WTO), the Convention on Biological Diversity (CBD), the Convention on the Conservation of Migratory Species (CMS), the Convention on International Trade in Endangered Species (CITES), and others.”

The UK’s Ivory Act has widely been lauded as one of the strictest ivory trade bans in the world, but it has yet to be implemented a full thirty months since it was passed. The Government must comprehensively implement the Act without further delay and extend its scope to include other ivory-bearing species, such as hippos, walrus and narwhal, as soon as possible.

The Government has restated its commitment to ban the import of hunting trophies from iconic or endangered species. This long-standing pledge should be implemented without further delay. The ban should cover the import and export of trophies from all hunted species and, crucially, must not be watered down by exemptions based on spurious ‘conservation benefit’ claims. The overwhelming majority of the British public support a ban on trophy imports and exports because they consider trophy hunting to be immoral and unacceptable, and the Government should act accordingly.

A ban on the landing of and trade in shark fins in the UK will further strengthen existing requirements for UK-registered vessels to land sharks with fins attached, and its expeditious introduction will help reduce the massive pressure on shark populations. Up to 100 million sharks are fished, predominantly for their fins, every year.

The commitment to discourage unacceptable animal welfare practices overseas, such as elephant riding or big cat cub petting, by prohibiting the advertising of such activities, is welcome, and should be further enhanced through engagement with the international travel industry and NGOs such as Born Free to ensure wildlife-related activities offered to tourists are benign, non-invasive, and meet the highest possible welfare standards.

Born Free welcomes the commitment to introduce a close season for the shooting of brown hares in England during their breeding season.

The brown hare population in Britain has fallen from 4 million a century ago to around 800,000 today. Despite this collapse in numbers, over 300,000 hares a year are shot in England, which also directly leads to the starvation and death of many young leverets during the breeding period.

The proposal to end the shooting of mountain hares in the Derbyshire Peak District is also of critical importance to protect the future of this species, which now numbers less than 2,500.

Hare coursing and the Hunting Act

We welcome the commitment to take additional and robust action against illegal hare coursing which causes great suffering and can lead to threats of violence and criminal damage against farmers and landowners.

However, Born Free believes the Government should also strengthen the Hunting Act to prevent the illegal killing of foxes, deer and hares with packs of hounds, and the illegal activities of terrier men alongside the hunts, particularly the filling in of badger setts.

We welcome the introduction of the Animal Welfare Sentencing Act 2021, which increases sentences for animal cruelty against domestic animals from six months to five years.

However, we believe the Government should expand the remit of this legislation to include cruelty to wild animals as part of its declared commitment to tackle wildlife crime in Britain.

We welcome the commitment to review the use of snares in England.  Many illegal snares which are designed to kill animals are still in use, despite the fact that Defra regulations state that snares should only be used to catch foxes and rabbits, and the snaring of wild animals is prohibited under the Wildlife and Countryside Act 1981. Snares are indiscriminate and can brutally maim or kill any animal unfortunate enough to cross their path, including badgers, hedgehogs and domestic pets. The use of snares should be banned.

Born Free welcomes the commitment to ban the use of lead ammunition which harms the environment, wildlife and people. Up 100,000 wildfowl die in Britain every year due to ingesting lead from used shotgun pellets. Lead ammunition also ends up in the wider environment and food chain, posing a risk to people who consume game birds.

Confirmation of the Government’s intention to legislate to prohibit primates as pets is welcome. The legislation should apply to the trade in and keeping of all primates in private ownership, and every effort made to ensure the welfare of existing pet primates through the remainder of their lives is as good as possible.

Millions of animals belonging to other taxa are also traded and kept as exotic pets in the UK, with serious consequences for their welfare, as well as for the conservation of many wild species affected by trade, and potential risks to the health and well-being of people. The Government should introduce legislative reforms, particularly to the Dangerous Wild Animal Act, to tackle the wider exotic pet trade and the private keeping of dangerous wild animals at the earliest opportunity. 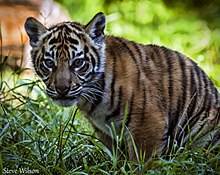 Zoos in the UK have had a legal obligation to participate in conservation since 2003 when the Zoo Licensing Act 1981 was amended to include the criteria outlined within the 1999 EC Zoos Directive. The Directive requires zoos to undertake conservation and education measures in order to comply with this legislation. Zoos, however, only have to participate in one of five stipulated conservation measures to meet current requirements. The simple provision of species conservation-related information (for example on signage) meets this obligation, as does ‘the exchange of information relating to the conservation of a species of wild animals’. Currently, measures like these can be fulfilled by a zoo with little or no actual conservation benefit accruing to the species involved.

Born Free believes that multiple, stringent conservation criteria should be applied in a way that is transparent and measurable, and which demonstrates clear benefits to the long-term survival of species in the wild. Zoos should also be required to invest significantly in field-based conservation activities. We are encouraged by the government’s decision to clarify the conservation requirements of zoos and look forward to participating in the process that will ensure real conservation is delivered.

We also welcome the proposed review looking into raising minimum welfare and operational standards within zoos. While philosophically opposed to the keeping of wild animals in traditional zoos, Born Free has consistently lobbied for improvements to animal welfare legislation that affects the lives of wild animals in zoos.

Born Free welcomes the government’s decision to introduce a licensing system for animal sanctuaries. Currently, any individual can call their facility an “animal sanctuary”. However, this is often misleading and affords the facility a level of positive branding which it may not deserve. Often these are no more than private zoos that are not open to the public for seven or more days a year and so fall outside the current zoo legislation. It is hoped that the establishment of clear operating criteria, including strict welfare standards, as part of a licensing regime will not only allow the public to be better informed about the operating principles of licensed animal sanctuaries, but will also ensure they can have confidence in the delivery of high-quality animal welfare across all such facilities.

One thought on “Is This Proof the UK Really is a “Nation of Animal Lovers”?”