We got Cookie and Marlowe when they were five weeks old. They were brothers and their mother had died giving birth to their litter, and they were fostered by a group called Cats in the Studio. The group was started by a woman who worked for Warner Brothers. In the 1930s, the studio had a rat problem. So James Cagney, the studio’s biggest star, suggested that the studio get cats to deal with the rats. Then the studio had a cat problem. So a secretary at the studio took things in hand and set up a fostering program for the kittens, called Cats in the Studio.

The group had set up an adoption center at our local Petco. And that’s where we got Cookie and Marlowe. At the time we had another cat, Baby Kitty, who was 10 years old. We had had another kitty, BooBoo, who had died about two years earlier. So Baby Kitty was an only child for a while. When we brought home Cookie and Marlow, Baby Kitty was not happy. He was used to being the cock of the walk. He was resentful of the intruders and was resentful of us for bringing them into our home. He especially was not happy with Cookie, who was full of energy and rambunctious. Sometimes just for the heck of it he would sit on Baby Kitty’s head, which annoyed Baby Kitty no end. Cookie, however, desperately wanted Baby Kitty to love him. But the latter would have nothing to do with the little rascal. Marlowe, however, was a different story. He was a fearful cat, but warmed up to Baby Kitty. And Baby Kitty warmed up to him. They didn’t play together. But they would lie next to each other and often slept touching each other. They became companions.

Cookie became the outsider kitty. That didn’t bother him, because he didn’t have any problem entertaining himself. He was curious and would get into everything. He was the explorer kitty. We would find him in the strangest place. Once he got trapped in a kitchen cabinet. He seemed to like it there and fell asleep. We searched for him for hours. Then I guess he got bored or hungry and started to whine. He’s a great winer. When he stepped out of the cabinet he was nonchalant and indifferent to our annoyance.

After that incident Baby Kitty’s attitude toward Cookie changed. He was more tolerant of him. I guess Baby Kitty realized that Cookie was part of the family and he needed to look after for him. 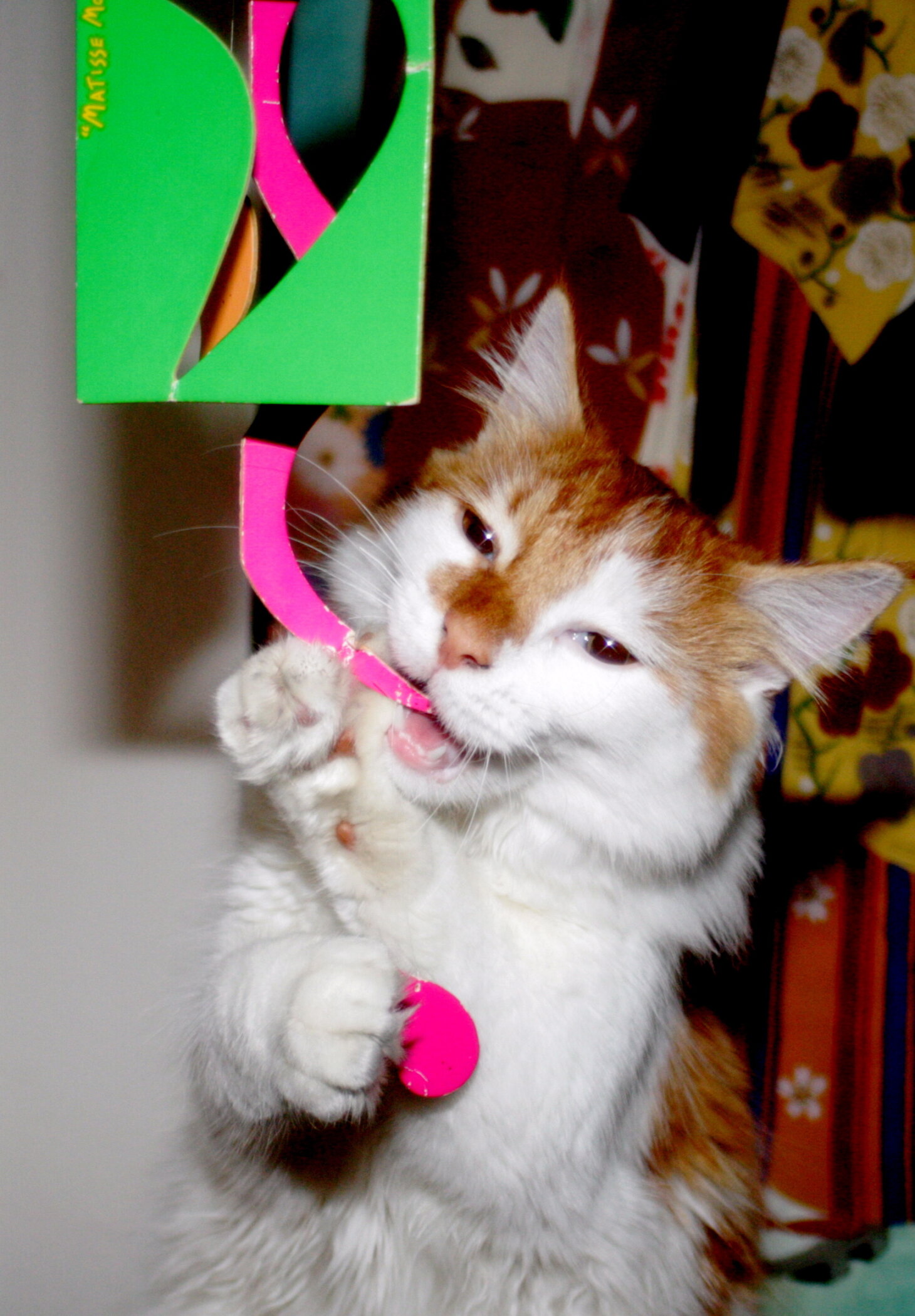 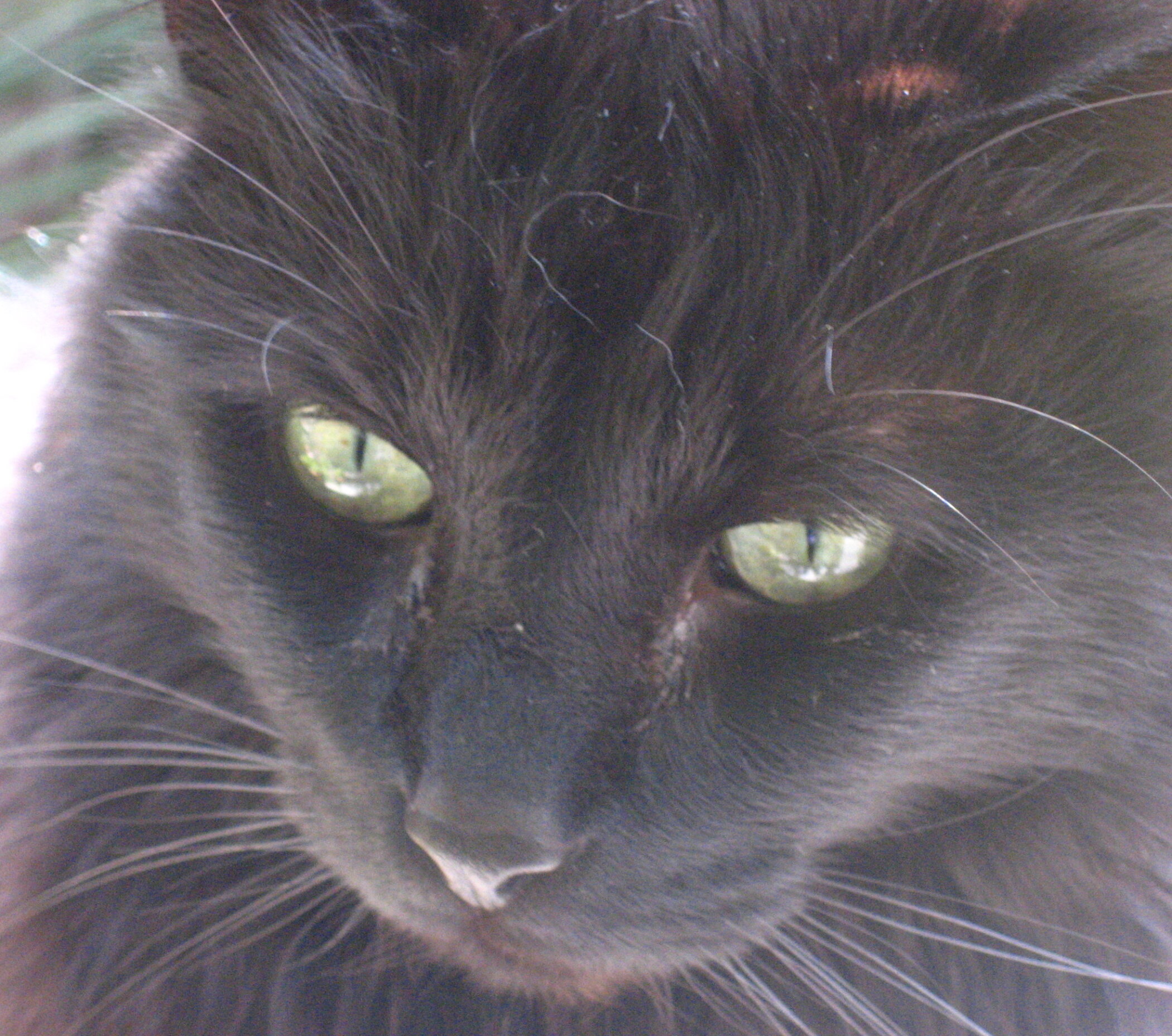 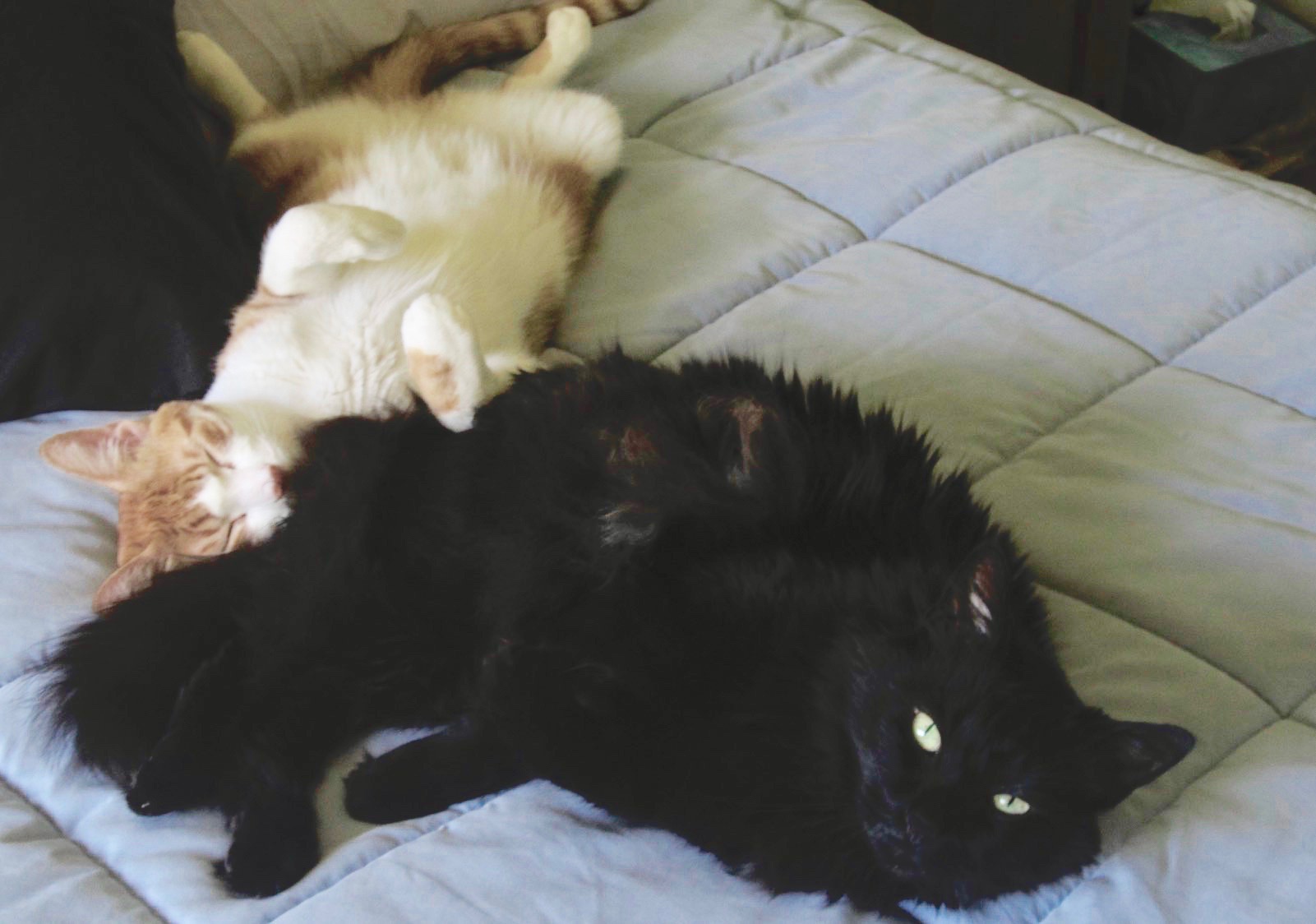