Our pets are part of our family and so it can be tempting to include them in the celebrations by spoiling them with titbits and festive treats.

But good intentions could put our pets in danger if we are unaware of the risks that certain foods pose. Some foods are toxic to our pets and can make them unwell or even risk their lives.

Top foods to keep away from your pets

These can all be found in many festive foods such as Christmas cake, Christmas pudding, mince pies and stollen. What is really tricky, is that no one knows how consuming these causes poisoning in cats and dogs. The toxic dose of grapes or dried fruit is unknown, although poisoning has been reported to occur after the ingestion of only a few grapes in small dogs.

Macadamia nuts have been reported in dogs rather than cats, and like grapes/raisins, the toxic dose is unknown.

Dogs and cats are highly susceptible to onions and garlic, which are often hidden in foods such as gravy and stuffing. The toxic agent within onions and garlic causes damage to red blood cells, meaning that they cannot carry oxygen. It can lead to haemolytic anaemia, which is where the red blood cells are destroyed faster than they can be produced. Garlic, leek, shallots and chives are all part of the onion family and so will also have the same effect on your pet and has a cumulative effect. 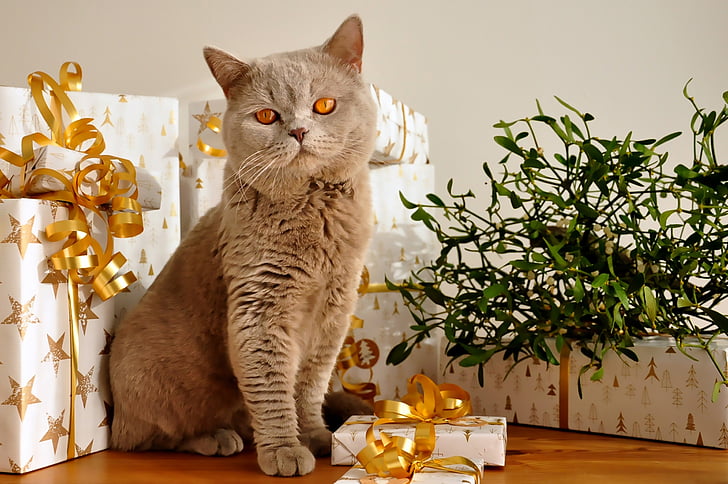 Royal Canin asked 2,000 UK dog owners in winter 2019 about their feeding habits over Christmas and 85% of owners admitted to feeing their dog a whole Christmas dinner to make them feel part of the family on Christmas day.

As well as Christmas dinner, the research found that owners fed their pets a number of festive ‘treats’ – many of which contain ingredients that are toxic to cats and dogs, such as onions, chocolate, dried fruits and nuts:

Two fifths (39%) of respondents admitted that they have needed to make an unscheduled trip to the vets as a result of something their dog had eaten, with an average unexpected vet bill of a staggering £890. With Christmas being an expensive time of year, this is something that most owners could do without.

Although rich fatty foods are not toxic to your pet, they can cause vomiting and diarrhoea or – if consumed in large enough quantities – they can lead to pancreatitis – a very painful and severe condition that can be expensive to treat.

Dr Lauren Hayes, Vet and Scientific Affairs Manager at Royal Canin said, “It’s always best to keep chocolates, mince pies, cakes and sweets in high up cupboards away from your dog’s reach, including gift wrapped treats that would usually be under the Christmas tree. Similarly, don’t hang chocolate decorations on low branches.”

She continued, “If you know your pet has eaten something from the list above or if it appears unwell and shows symptoms such as vomiting, lethargy, panting, tremors, weakness, pale gums or fast breathing, then consult your vet urgently”.

3 thoughts on “Hidden Dangers of Festive Foods: How to Avoid Them and Expensive vet bills at Christmas”