Two kittens – named Wilfred and Boris by the public – are the focus of a campaign run by the National Animal Welfare Trust (NAWT) to lobby for emergency funding for rescue and rehoming charities.

The NAWT is one of around 1,200 rehoming and rescue organisations in the UK, which have so far missed out on emergency funding to cover a shortfall in income due to forced temporary closure of their centres and shops during lockdown.

NAWT CEO Clare Williams: “We’ve been hoping the government would support us like it has with zoos and aquariums, but so far nothing has been announced.

“Like other charities, we rely on raising money from visitors, year-round events and our charity shops, all of which have had to stop during lockdown, meaning a massive drop in income.”

The young brothers were born during lockdown at one of NAWT’s shelters after their pregnant mum was found straying, living off scraps from bins in a nearby high street. 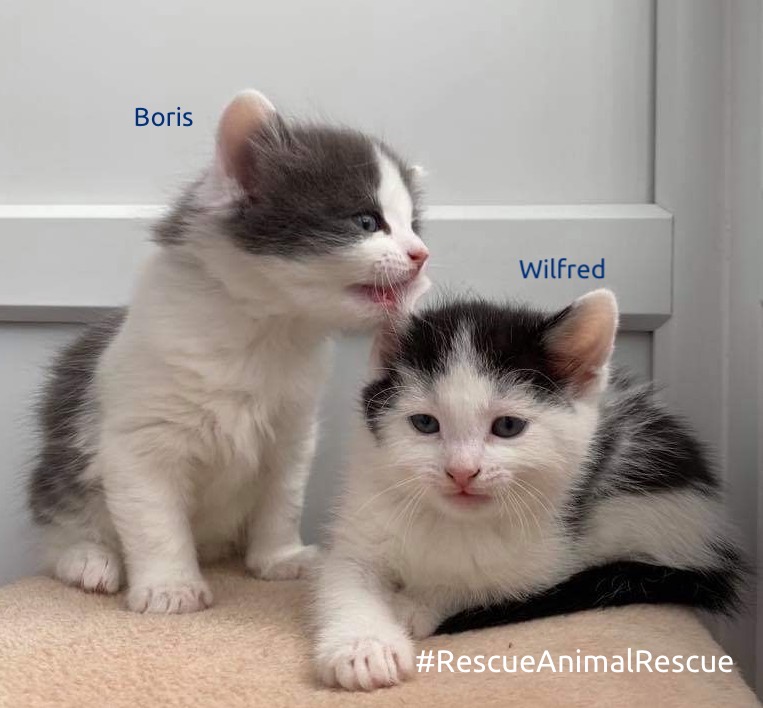 Like many rescue charities, NAWT provides vital services to the local community by finding homes for unwanted and neglected animals. A number of local authorities also rely on them to help manage local stray populations of cats and dogs.

Wilfred and Boris are receiving round-the-clock care and will go on to find loving new homes when they’re ready to leave their mum. If their mum had not been brought to the centre, they and their three siblings might not have survived. Thousands of animals face this problem every year.

What charities like NAWT fear is that there will be a spike in unwanted animals once lockdown restrictions are fully lifted as people’s circumstances at home and at work change.

Clare adds: “We know that the demand for pets has been particularly high. Our centres have been quieter during lockdown but we are fully expecting demand for our services to go up, clashing just at a time when the real impact of the lack of funding will hit.

“It could be a dire situation for animals like Boris and Wilfred because if there are no places for them in rescue, then the responsibility falls to the local authorities. Many of them are already cash-strapped after having to deal with the COVID-crisis. I dread to think what this will mean for unwanted pets in the future.”

NAWT is asking animal lovers to join in its #RescueAnimalRescue campaign by writing a letter to their local MP urging them to raise the matter with the Chancellor. People can get involved by visiting: https://www.nawt.org.uk/rescue-animal-rescue-contact-your-mp.