On the 75th anniversary of VJ Day, which marks both the surrender of Japan and the end of the Second World War, leading vet charity, PDSA, is paying tribute to the brave hero animals ‘who also served’ and helped save countless lives during World War II.

The charity is commemorating the milestone by sharing exclusive e-books* which tell the remarkable stories of animal heroes honoured with the PDSA Dickin Medal**, known as the animals’ Victoria Cross. These include the incredible story of English Pointer Judy, who is the only dog to ever be listed as an official Prisoner of War in Japan, where she helped to maintain morale among her fellow prisoners and saved many lives through her intelligence and watchfulness.

The prestigious PDSA Dickin Medal recognises outstanding acts of gallantry and devotion to duty displayed by animals serving with the Armed Forces or Civil Defence units in theatres of war.

The Medal was instituted by the charity’s Founder, Maria Dickin, with the approval of the War Office and Imperial War Museum, to raise the status of animals and acknowledge the remarkable roles they play in society. It was first awarded to a messenger pigeon named Winkie on 3 December 1943.

PDSA’s Awards and Heritage Manager, Amy Dickin, said: “Throughout history, animals have made an extraordinary difference to the lives of so many, not only the men and women who serve, but also civilians who our military are protecting. Sharing the stories of these incredible animals this VJ Day is a great way to celebrate the incredible, life-saving role animals have played throughout history, and continue to play today.”

Some of the hero stories featured in the ebooks include: 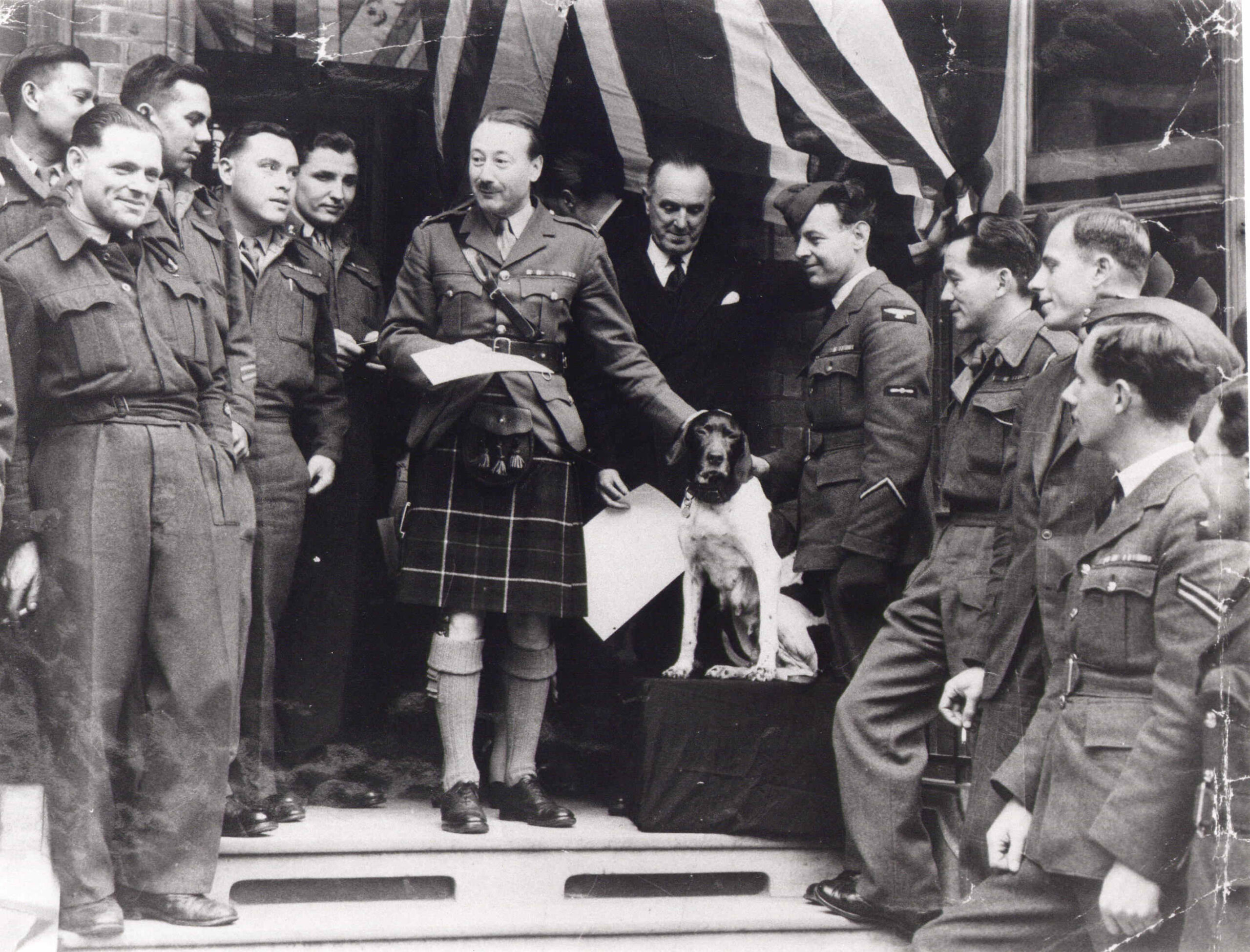 English Pointer Judy was the mascot on board HMS Grasshopper during the escape from Singapore when the Japanese invaded in 1942. When the ship was attacked and sunk by enemy planes, she and her fellow crew members swam to safety on a nearby island.

After two days without food or water, the crew were becoming desperate when Judy began digging in the sand and unearthed a fresh water spring. This was only the beginning of her remarkable story.

After being taken prisoner when the survivors accidentally stumbled into a Japanese village, years of starvation and repeated ill treatment in POW camps followed for Judy and her crew.

She was awarded her PDSA Dickin Medal in May 1946. The citation read: “For magnificent courage and endurance in Japanese prison camps, which helped to maintain morale among her fellow prisoners and also for saving many lives through her intelligence and watchfulness.” 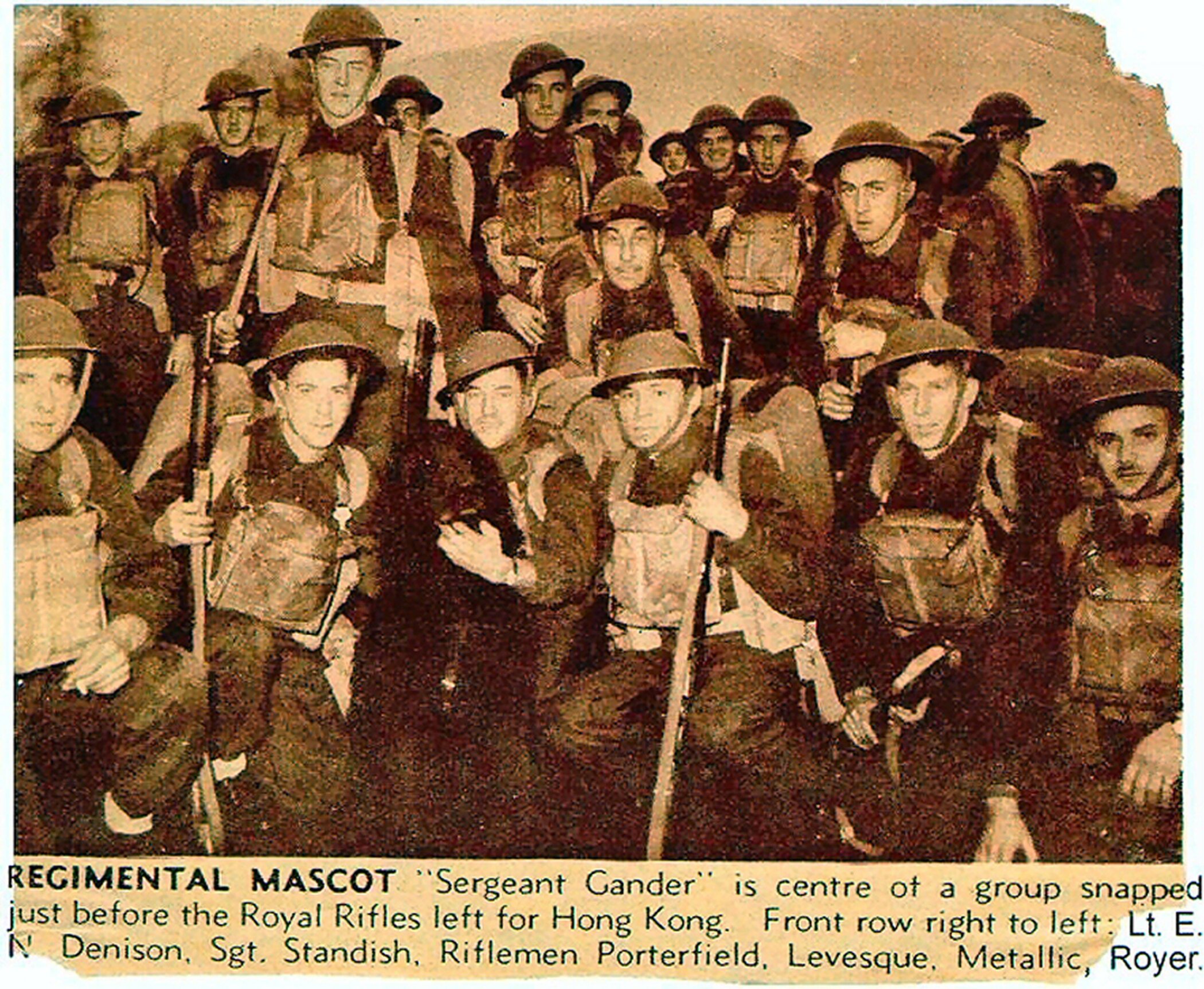 Gander was a 65kg Newfoundland dog whose military career began as the Regimental mascot for the 1st Battalion, Royal Rifles of Canada in 1940. When the unit was posted to Hong Kong, Gander was promoted to Sergeant and went along to support troops fighting the Japanese invaders.

The Battle of Lye Mun in Hong Kong began on 8 December 1941 and Gander was in the thick of the action. On at least three occasions, while his unit fought alongside Commonwealth colleagues defending the island, he directly attacked the enemy.

He saved multiple lives during the battle, guarding wounded soldiers and twice single-handedly stopping enemy advances. His final brave act sadly cost him his life. A grenade landed near a group of seven wounded soldiers. Gander immediately leapt forward, picked the grenade up in his mouth and ran towards the enemy. The grenade exploded, killing Gander but saving the lives of his wounded colleagues.

Army Pigeon DD 43. T 139 – known by most as ‘Little Q’ – was one of two Australian birds to receive a PDSA Dickin Medal. Stationed in the Huon Gulf region of what is now called Papua New Guinea in 1944, the difficult terrain and high humidity made radio communications extremely difficult, making pigeons a vital communications tool.

Little Q was on board Army Boat 1402 when it ran into trouble off the coast in a heavy tropical storm. Already a veteran of 23 operations, totalling more than 1,000 miles, he was released by the crew with a call for help: “Engine failed. Wash on to beach at WADAU owing to very heavy seas. Send help immediately. Am rapidly filling with sand.”

He completed the 40-mile flight through torrential rain and high winds in just 50 minutes. A rescue mission was launched immediately and the boat, its crew and valuable cargo of supplies were safely brought home.

To read the full stories of these amazing animal heroes and more download the free PDSA Dickin Medal e-books at: www.pdsa.org.uk/vj-day

PDSA’s veterinary care – which is a lifeline to so many owners across the UK – costs £60 million a year to run. But with many of its shops still closed and fundraising events cancelled, the charity is losing around £3 million a month in income.

With the country plunged into financial uncertainly, and more than a million extra Universal Credit claims, PDSA expects the number of pets needing care will increase by around 50,000.

To support PDSA and help the charity continue its vital work visit: pdsa.org.uk/appeal