Leading veterinary charity, PDSA, which was this last week featured on Channel 4’s show, Britain’s Unsung Heroes, is working hard to continue its vital care for family pets during lockdown, because even during a pandemic, pets still get sick or injured and need life-saving care.

Since lockdown began, the charity which provides free and reduced-cost treatment to the pets of owners in need, has completed 130,000 digital consultations for poorly pets, taken 6,300 essential x-rays and carried out nearly 3,400 emergency pet operations nationwide.

But the charity has revealed it is facing a funding crisis as the coronavirus pandemic sees income fall by £3 million a month and it has launched an Urgent Appeal to ask for donations so it can continue to care for pets in need: https://www.pdsa.org.uk/donate/donate-to-pdsa

As a charity that supports people in need, the looming poverty crisis will have an additional long-term impact on its services. In the first two weeks of the pandemic, Universal Credit (UC) claimants increased ten-fold with nearly a million applications made (there are normally around 100,000 applicants for the benefit in any given two-week period). For every one million Universal Credit applicants, PDSA anticipates an increase of 40,000 more pet owners will turn to them for support for more than 50,000 pets in need.

PDSA’s Director of Veterinary Services, Richard Hooker, said: “Our incredible veterinary teams are some of the many unsung heroes of the pandemic. They have adapted quickly to the ever changing situation and have continued to work tirelessly within our Pet Hospitals, and from home, to safely ensure that pets still get the treatment and care they desperately need.

“For the last century we have provided a lifeline of veterinary care for vulnerable pets and their owners across the UK when they have nowhere else to turn. We don’t believe pets should suffer as a result of financial hardship and we are continuing to doing all that we can to both protect the wellbeing of pets in need and preserve the precious bond between pet and owner.”

PDSA Vet Hermione Hillen, who featured on Britain’s Unsung Heroes, said: “Even during a pandemic animals still get sick and injured and I feel incredibly proud that we can carry on working to provide life-saving care for these animals.

“By treating pets, we keep families together. For many, particularly the elderly and isolated, their pet is their only companion. We are needed now more than ever – we’re a lifeline to owners when they have nowhere else to turn.”

Helping pets and owners when there is nowhere else to turn

Without PDSA’s emergency service during the pandemic, pets would be without the urgent care and treatment they desperately need.

PDSA has helped pets like Guinness, who featured on the Channel 4 TV show, after she was recently diagnosed with Diabetes. His owner, Mr Bernard Wanless, who is 77, has needed the help and support of PDSA during lockdown to check his beloved dog’s blood sugar levels were stable and to collect his life-saving medication.

Mr Wanless said: “I’ve had Guinness since he was two. He helps to keep me sane – I chat to him all the time! PDSA is right up there with the best unsung heroes in my opinion; through all the challenges of recent weeks they’ve been fabulous.”

PDSA has also been there for 12-year-old Chihuahua, Ellie, who amidst this lockdown, fell critically ill. 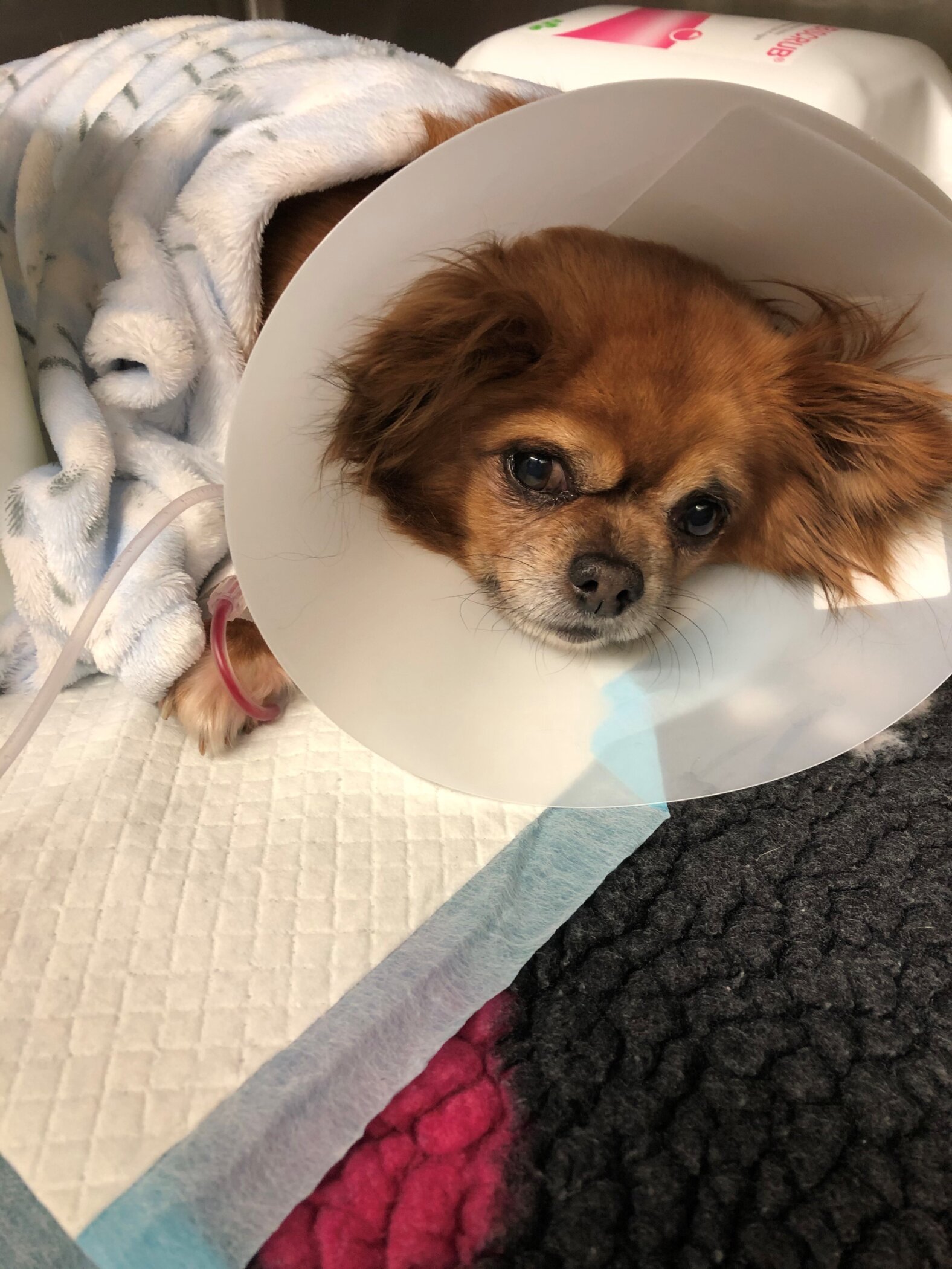 She began passing blood and yelping in pain. There was no doubt she needed emergency care, so after a phone consultation she was safely taken to PDSA’s Pet Hospital in Huyton, Liverpool for assessment. After an examination and scans, PDSA’s vets and nurses took Ellie into surgery where they removed over twenty marble-sized bladder stones. Without the operation the painful stones could have caused a fatal blockage.

Ellie’s owner Sharon said: “I don’t know what we would have done without PDSA and I can’t thank them enough. They are risking their health to be out working during this worrying time. Without their emergency service, Ellie wouldn’t be here now – they saved her life.”

PDSA operates a network of 48 UK-wide Pet Hospitals and last year its services supported more than 2 million pet owners. But the charity’s veterinary care costs in excess of £70 million a year to run. It is entirely funded by public support, and with charity shops closed and fundraising events cancelled, they are losing around £3 million a month in income.

Richard added: “We need the public’s help now more than ever to keep our vital veterinary service going. So many families are facing an uncertain future, through no fault of their own, due to loss of earnings or redundancy. Please help us be there for our four-legged family members during this crisis.”

Every donation – no matter how big or small – will help to save a pets life. Support PDSA’s Urgent Appeal at: https://www.pdsa.org.uk/donate/donate-to-pdsa