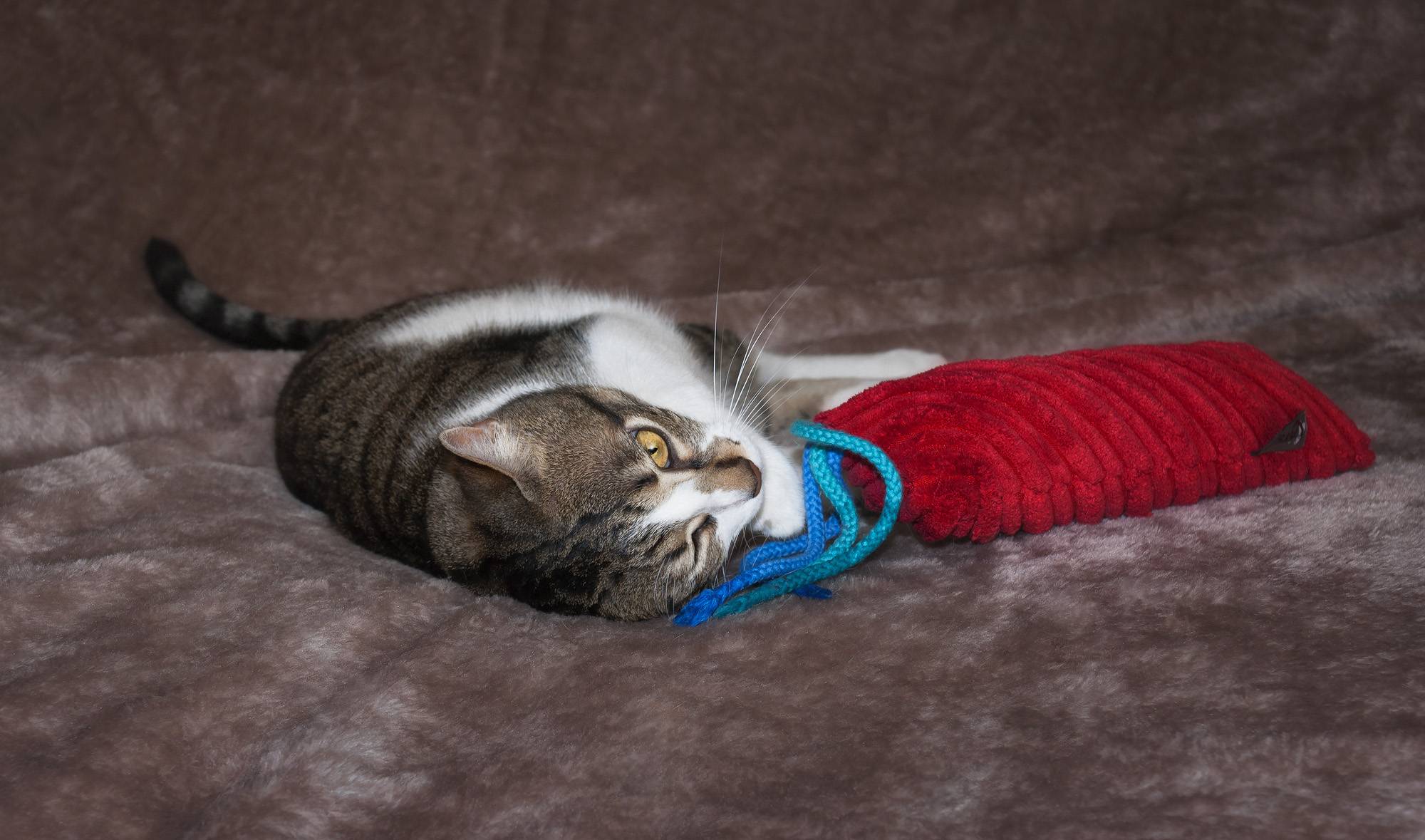 I have to thank Marc once again for another box of the latest 4cats toys to test. The box arrived quickly, but because I was about to take a short photography break, I put them away in a cupboard. The cats had already smelled the toys and wanted to know why I wasn’t dishing them out now!! Luckily they forgot after a while and I finally brought the box out a few days ago. Now, our house is very old and dark. The only room with decent natural light is our bedroom, which is on a small landing on the way to the attic. The only space is on our bed, which was covered in a fluffy throw for the photo shoot.

The whole session turned into a disaster, or a comedy sketch, depending on your point of view. Most of our 11 cats flooded on to the bed and the toys were being tossed right, left and centre. My poor husband had been instructed to keep just one cat on the bed, which turned out to be easier said than done. Within minutes, the toys had been drooled over and we had to keep changing them because the soggy parts were showing up in my images.

One of their favourites was the Premium Cat Wrestler, as modelled by Chai in the image featured above. I have never seen such a sturdy cat toy and in the following days, they have often dragged it out of their toy box downstairs. I can see this lasting for ever, which is quite a claim having a house full of such young and playful cats.

Buddy loved it too, as can be seen from the photograph below. 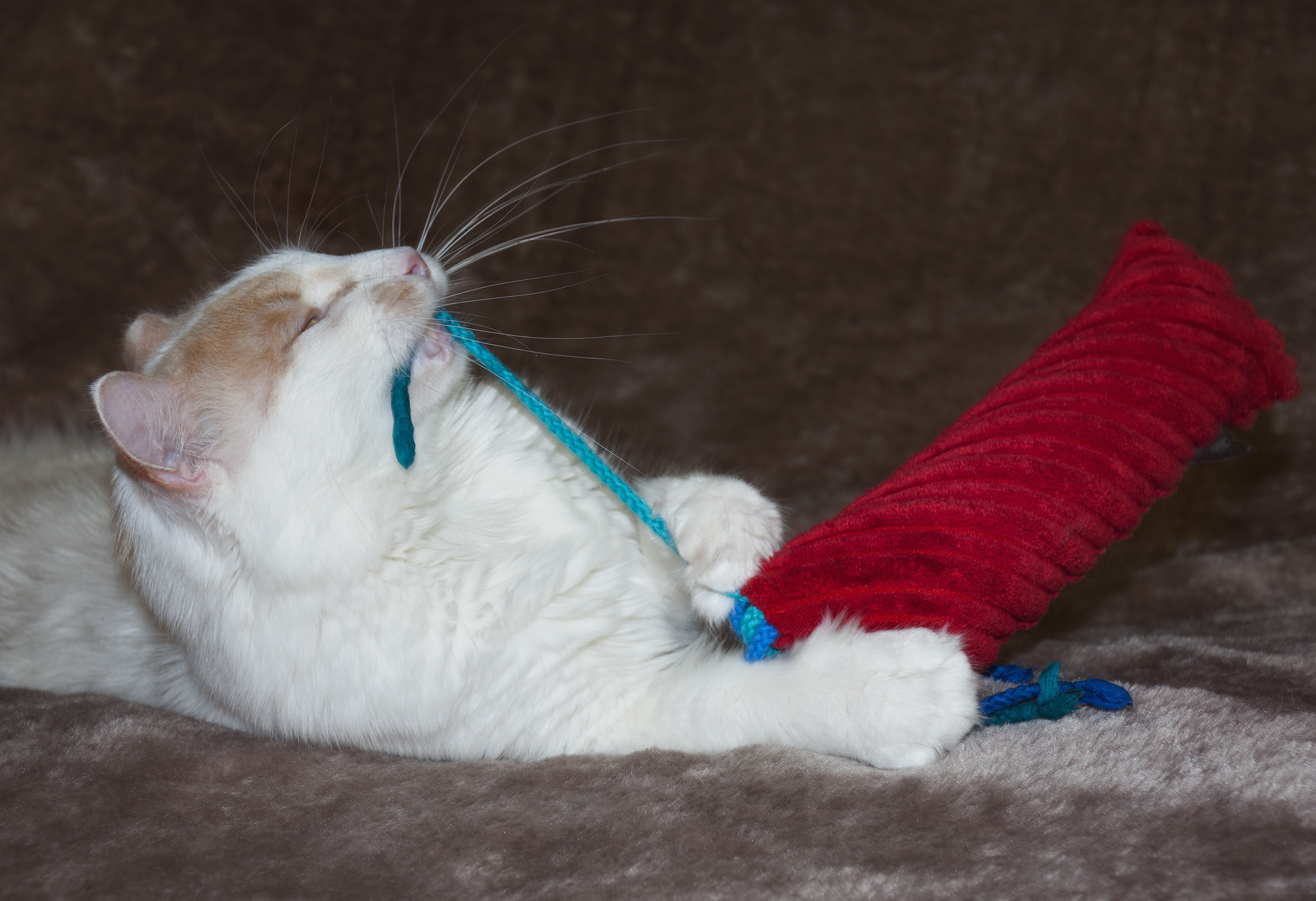 Another favourite was the Premium Motif Cushion with added strings and tassels. They already have some 4Cats cushions, but the strings really encourage them to play. Here are two photographs of Buddy, firstly checking out the cushion and then moving on to some serious play. Just check out the length of that tongue! 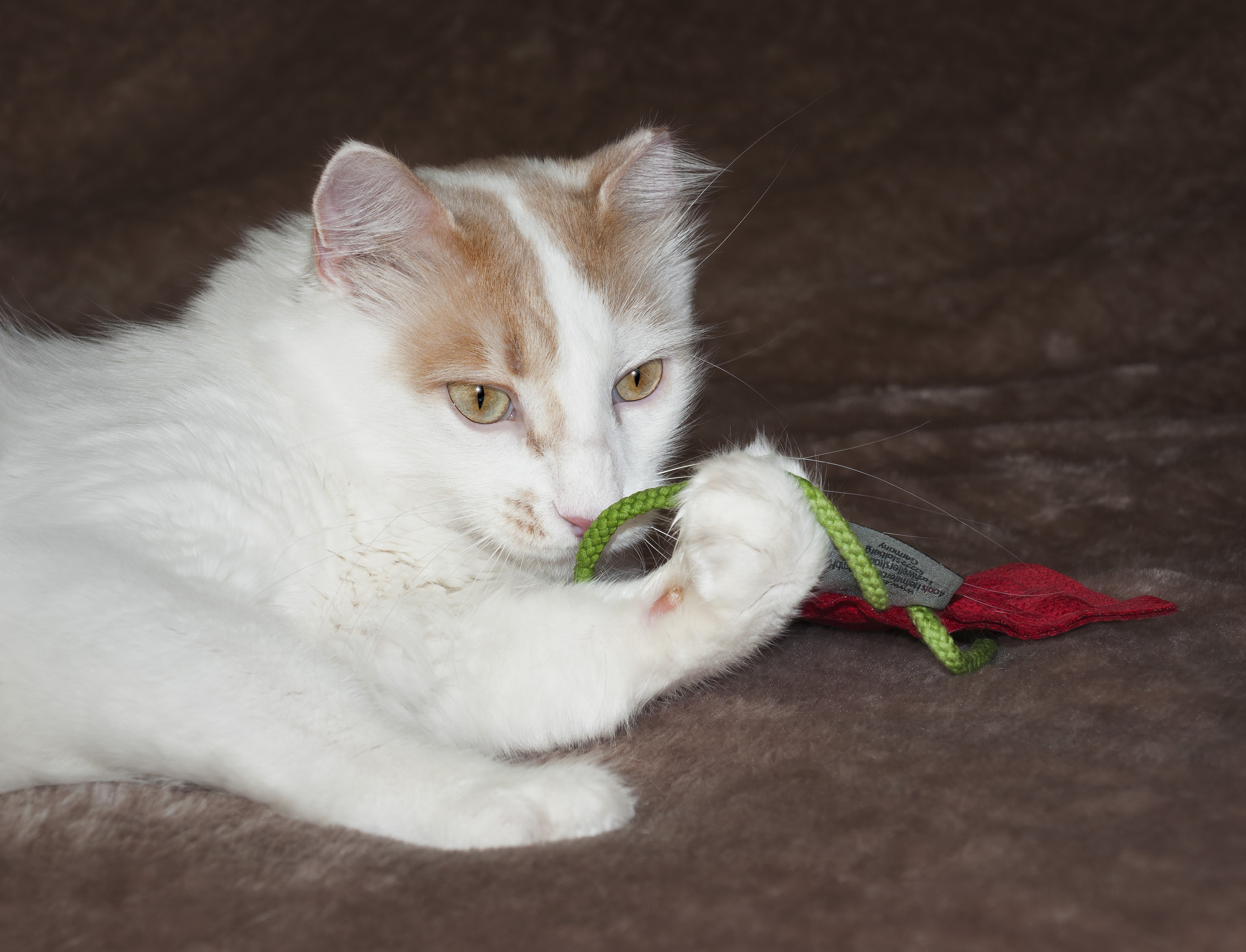 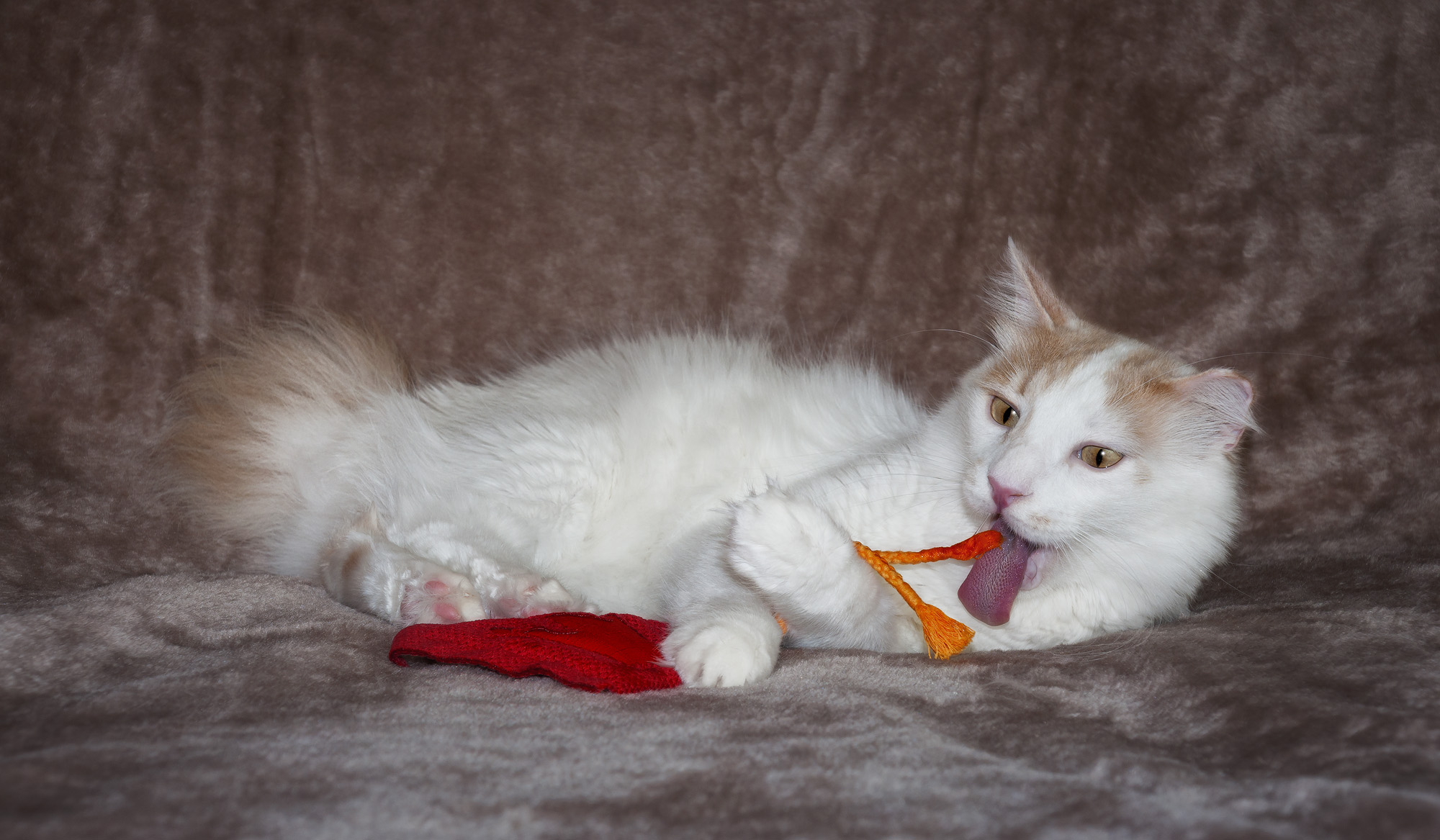