In my last post you met my cat Joey who I had for five years.  During that time he had diabetes. 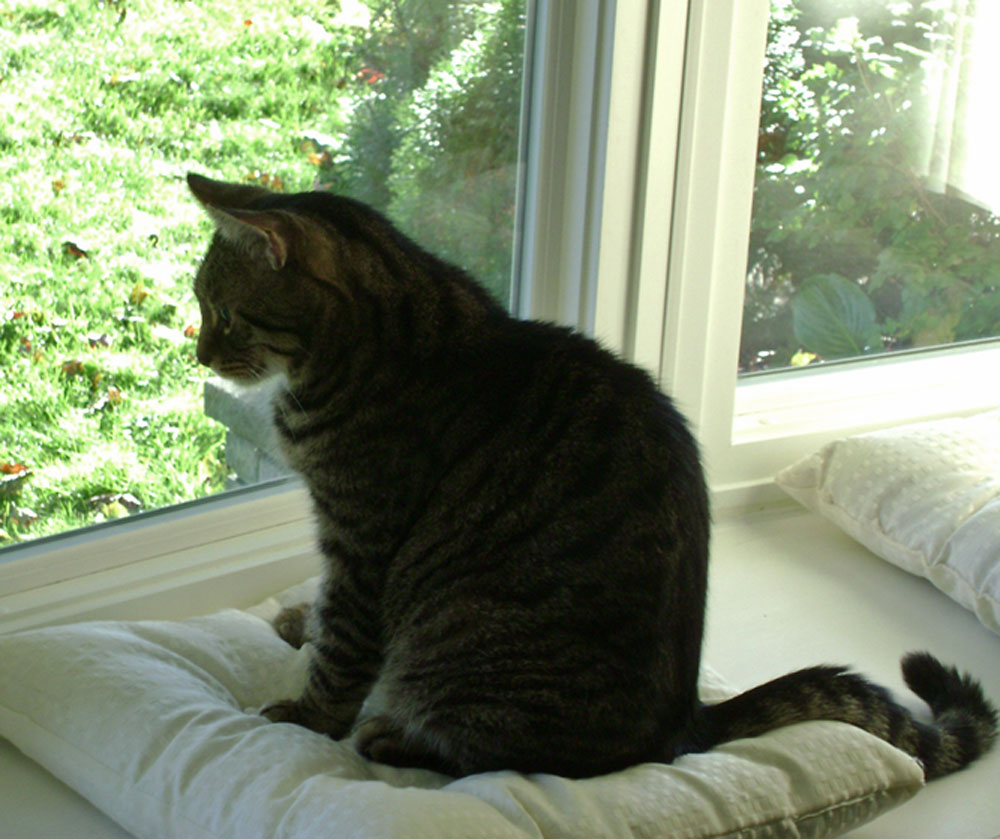 The signs of diabetes were there, such as weight loss, increased drinking and frequent urination.  I didn’t see the signs right away because he came to me malnourished and wanting to eat and drink as much as he could.  He was diagnosed a few weeks later after a blood test.

There was no way of telling how long he’d been diabetic, but his blood sugar levels were extremely high.  He wasn’t producing enough insulin to regulate them.  He had to stay at the vets for three days to get his insulin-regulated. Each cat is different, depending on their condition.

With diabetes, there are changes to be made in their diet, such as a prescribed food by the vet.  Some cats can be fussy with a change of food, but Joey was so happy to be getting regular meals that he would eat anything.

Before bringing him home I had to learn how to give him insulin shots.  He was to be given once in the morning and once at night.

Practicing filling the syringe at the vets and being shown how to bunch up the fur at his shoulder was very different from actually giving him the shots.

I admit that I  was nervous the first time giving him the insulin, but I found a way to distract him.  The insulin had to be given with food in his stomach.  So after his meal, I put him on a table with a bit more food in a bowl and he was happy to eat and never even flinched as I gave him the dose.

Besides the food and insulin the next important thing was to get him tested every three months to make sure the insulin was working. Joey was fortunate that the insulin dose worked well and never had to be changed.

Diabetic cats can go into insulin shock if they get too much insulin.  The signs to look for are weakness, loss of balance, staggering and seizures,  If not treated they could go into a coma and eventually die. I was told to keep a bottle of syrup in the house and to rub a small amount on his gums if this ever happened.  The cat should be taken to the vets right away to have the insulin dose changed.  Fortunately, this never happened with Joey.

Some cats go into remission and can stop taking insulin, but Joey wasn’t one of them.

While there are complications with diabetes as with any disease, following the vets’ advice with food, insulin and tests can help a cat live a happy life.  You never would have known Joey was diabetic by looking at him.  He was a happy cat, full of energy.

5 thoughts on “Joey: Caring For A Diabetic Cat”