Fate. I have always been quite a spiritual person and never was one to eschew Fate however, Ruben’s story would make a believer out of even the most seasoned sceptic.

In order to introduce Ruben, I need to go back to the first weekend of October, 2014. Late that Saturday night, and suffering with pancreatitis, I had been prematurely released from hospital. I would be back there, front and centre of A&E, within 48 hours. That weekend though, it’s as though the Universe knew I had to get back home – to say a sudden, shocking goodbye to a much-loved little Birman girl – and to keep an appointment with Feline Destiny.

As soon as I arrived home, I realised something wasn’t right with my tiny Maia. Maia, who was just three years old and the centre of my feline family. Maia, who was always so bright, chatty and vocal, now looking at me with clouded sapphire eyes and a lethargy that chilled me to the bone. I wondered if it was just a virus and hoped she’d be back to her usual self overnight. The next morning passed in a blur, me doubled over with physical pain and the emotional heartbreak of knowing Maia was fading fast. In what felt like a miracle, our regular vet was working at the emergency clinic. I don’t remember getting there…all I recall is hearing our vet tell me, ‘total kidney failure, likely genetic…’ and my beautiful blonde butterbean, fading before my eyes, was sent gently on to her next adventure at Rainbow Bridge.

I remember how bright the sun was, how warm it was, as I stepped out of the clinic that Sunday afternoon. With an empty carrier and an even emptier heart, I started the walk home.

Had I walked all the way back, I’d never have met Ruben.

Five minutes into my walk, pancreatitis kicked in again and I realised I wouldn’t be able to walk far at all.

Crossing the road to the bus stop, I thought I’d wait for the bus that dropped me closest to home.

Had I waited for that bus, I’d never have met Ruben.

When I realised I needed painkillers and I needed them fast, I jumped on the first bus that came along.

I remember exactly when and where I first saw him. A large, skinny black cat with a head that looked slightly too big for his body. He was sitting in the undergrowth, a little way past the bus stop. He saw me and immediately ran forward. Now I am not one to see a cat outside and think, ‘Ooh! Stray! Mine!’ but on this occasion, things were different. He was so THIN, so happy to have a little affection… and there was me, with an empty carrier by my side.

I’d love to say I scooped him up and the rest was history, but since when did the course of true love run smoothly?

True love, in typical feline fashion, decided he was not, not now, not ever, going to get into a carrier of his own accord. So, I left him there after a few minutes, sitting sadly by the side of the road, gazing after me.

At home some hours later, painkillers swallowed and unable to stop thinking of the panther I’d left behind, I grabbed the carrier and set out again.

My thinking as I trotted along the road was, well, it was highly unlikely I’d see him again but, if he was still there after all that time, maybe he really didn’t have a home and we could rescue each other.

What happened next was nothing short of a series of tiny miracles.

Not only was Ruben still there, he was there with two people who were 1. feeding him and 2. on the phone to the RSPCA to report him as a cat who’d been stray for about six weeks. They were delighted I came along and I was equally pleased to learn that it would seem Ruben needed a home.

From out of absolutely nowhere, it seemed, a man appeared with a blanket, and he scooped Ruben up and popped him into the carrier for me.

And so I made my way home, with Ruben by my side.

Once back, I popped him into the pen that only that morning I had prepared for Maia…and I wondered if she had somehow had a paw in bringing us together. At the very least, it helped numb the grief that night. As for Ruben, when he wasn’t purring, he was eating. Sachet after sachet of food disappeared. He also devoured a bowl of kibble and drank thirstily from a bowl of fresh water, then slept deeply and peacefully for 12 hours, not a squeak out of him.

I spent the next week in hospital, with a neighbour feeding and cleaning the cats and providing frequent updates on Ruben.

I was allowed home after six days and the reunion with the resident cats and with Ruben was blissful.

Rubes and I had a lazy Sunday together, and the following day he was back in the carrier for a health check at the vet, prior to his neutering that I’d arranged for the following week.

The last thing, the very last thing, I expected to hear our vet say as she ran the scanner over Ruben were the words, ‘Oh! He’s microchipped!’ I swear the next sound I heard was my heart splintering. Rubes was out of my arms and into a cage before I even got chance to say goodbye…and once again, I found myself leaving a clinic with an empty carrier and a hurting heart. 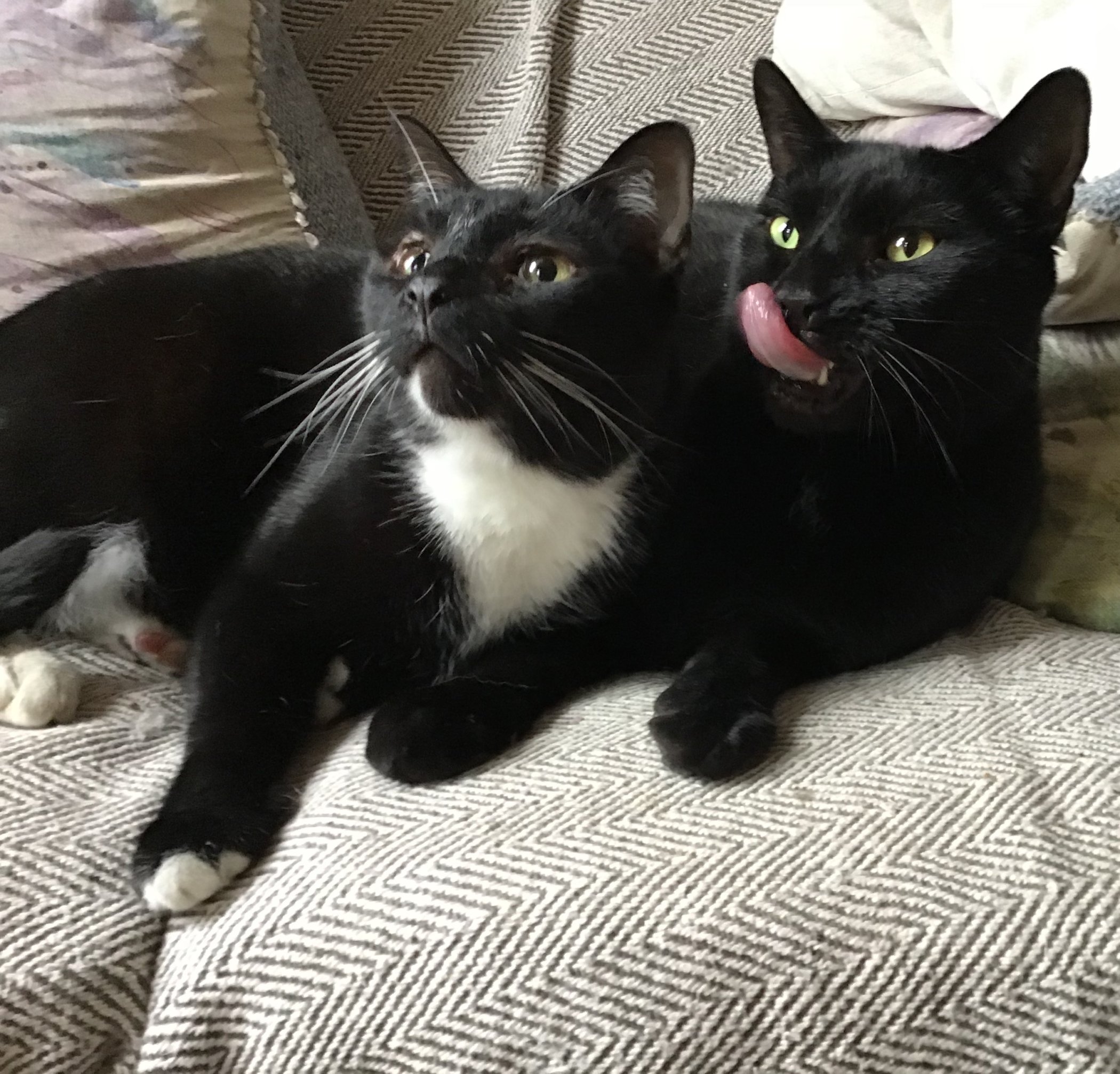 I really thought that was the end of it. That perhaps my part in Ruben’s life was to reunite him with his people. Nothing more than that.

Fate, of course – well, Fate had other plans….