Often people say that the cat boom is a thing of the modern world and the internet but actually that’s not true! Both small and large felines have featured for centuries in the life of us humans.

During our trips to Japan we have visited many of the temples and palaces and often these feature the big relatives of our feline friends.

In these particular paintings we can see both tigers and what could be leopards going by the dotted fur markings. But why is it that Japanese artists decided to draw animals that are not native to Japan? The closest Tigers would live in Russia or China… Some people assume that Japanese artists based these on the house cats that came over on boats from China originally to help the Japanese with the local rats.

Others think that it could be related to Chinese Taoism which often depicts Tigers as a symbol of yin and dragons as a symbol of yang. When looking at the Japanese Zen Buddhism there is most certainly a significant influence from the Chinese Taoism and thus this may be true. Especially considering that the tiger is a very fierce symbol that is often feared. 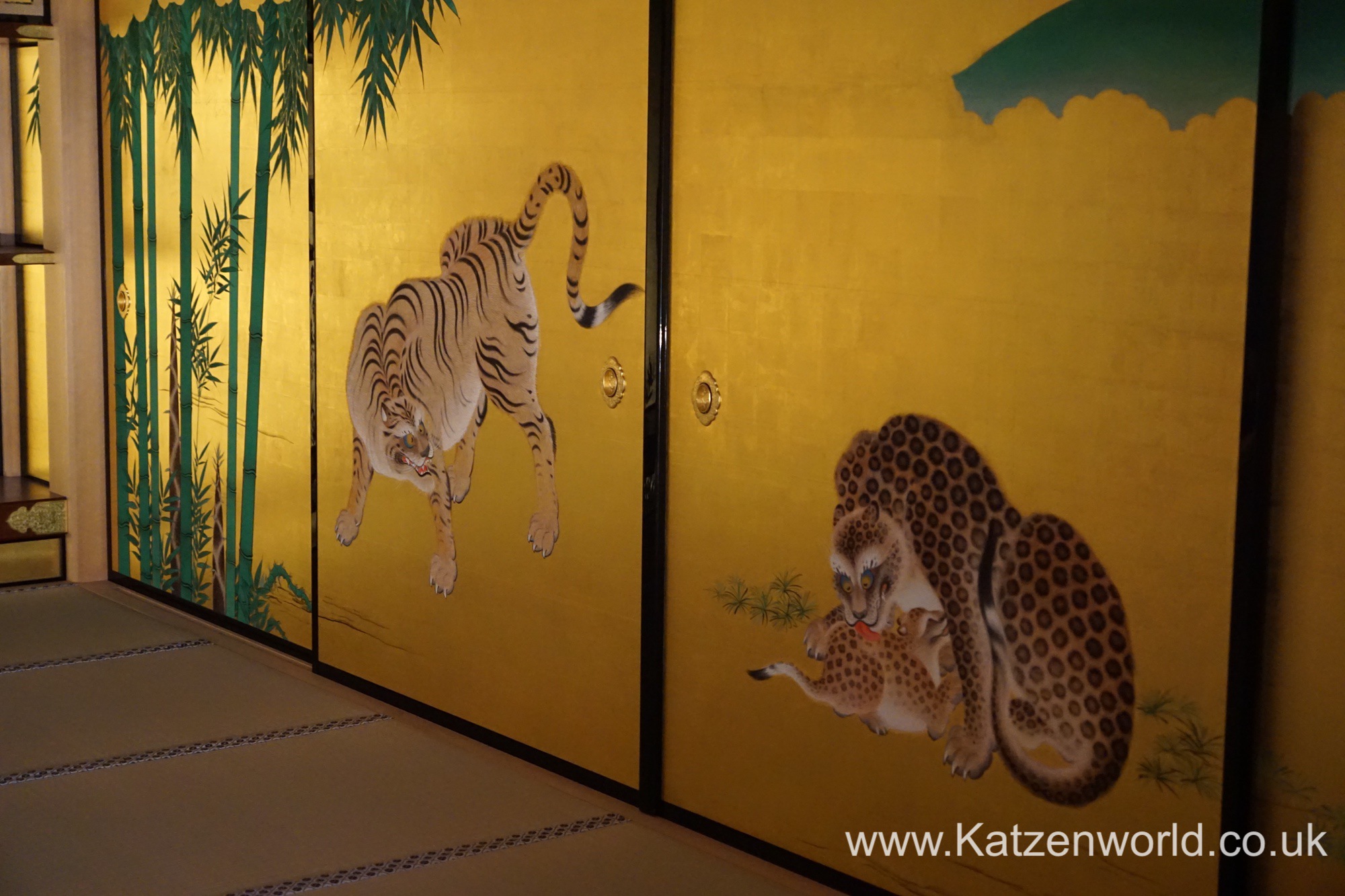 On the other hand, the particular scenes also show a great amount of detail to the caring love that these animals provide to their offsprings as clearly shown in the drawing of the mother that is licking her cub while it is suckling her.

Whatever the exact reason of the artist might have been for picking these scenes one thing can be said for sure, its main purpose was to impress visitors to the temple to show them the power religion had back in those days.