Today we are back with our own purrsonal look at the VentiFresh! For the last month, our humans have been trialling this device to see how good it actually is but of course before we get to that… it’s time for some catvestigation. 😀

Renegade: Are the humans trying to say that I am smelly? 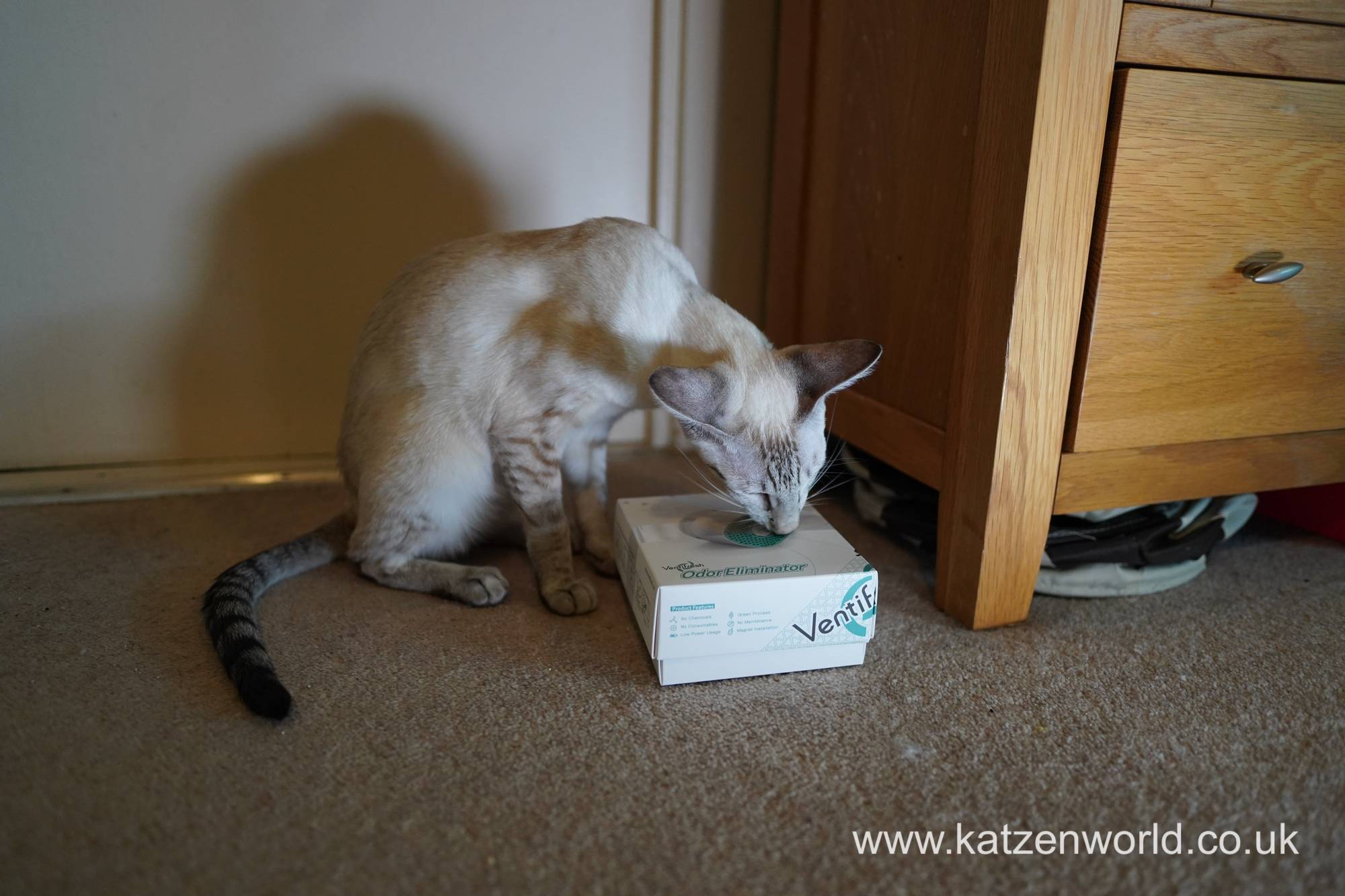 Freya: I think they quite rightly are pointing at you there… because you do produce some extremly smelly you know what…

Renegade: WHAT! You are the one that always makes smellies! 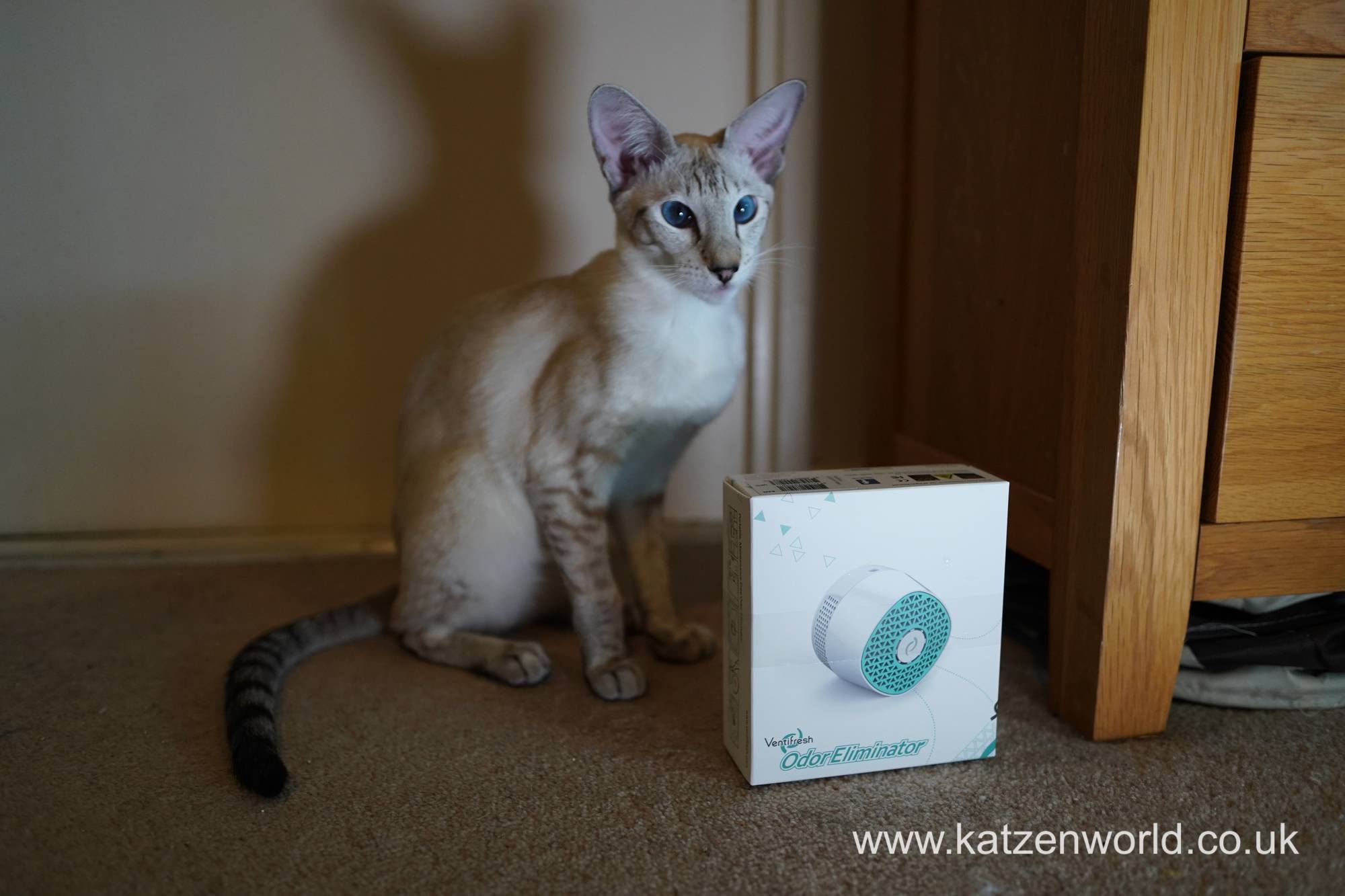 Freya: Me? I am far too cute and innocent to do that. 😉 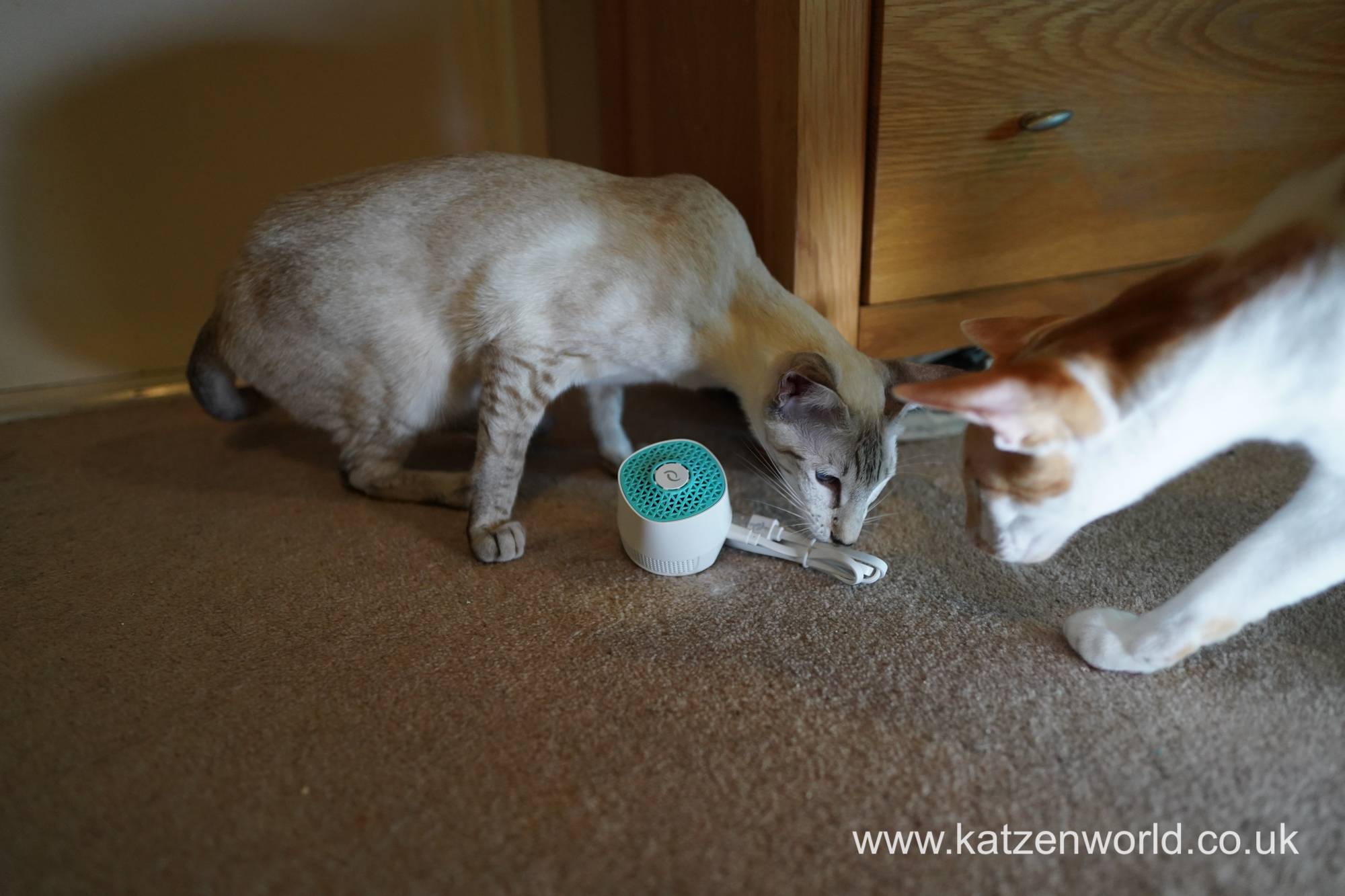 Renegade: They weren’t joking when they said that this is one of the smallest air purifiers known to cat- and humankind 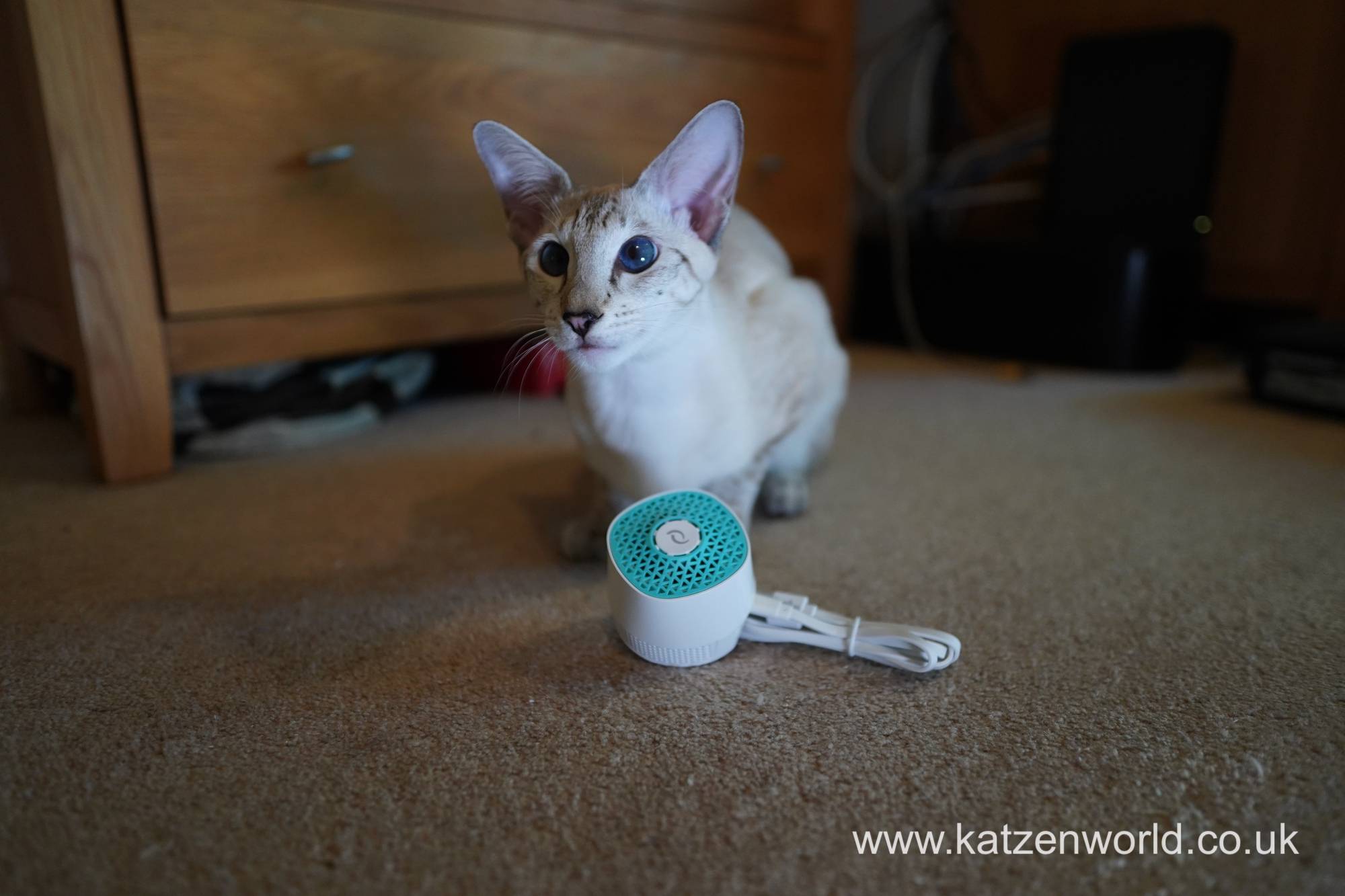 Freya: I am more impressed by the fact that it purrfecly matches my colours. 😀

Renegade: Ok, but what do the humans have to say to it?

Freya: They were very impressed! They’ve been running the purifier for about a month by attaching it via the sticky seal to the inside of their rubbish bin. Since we have an automated litterbox the box itself never smells but of course all of the poop balls get emptied from it’s tray into the rubbish bin where they will stay for quite some time before being taking out. Thus the rubbish bin has always proven to be a rather annoying object… stinky of YOUR poop and all the other things humans dispose of in there.

Renegade: Can we stop picking on me, please? 🙁

Freya: Nope it’s too much fun! Anyhow, so apparently since installing the VentiFresh device there has been NO smell from the rubbish bin whatsoever. The humans were also impressed that despite constant use there was hardly any extra usage recorded by the electric smart meter. Thanks to it’s efficient design that works via a micro USB cable the air purifier uses very little power.

Renegade: Ansd where can the humans get it to help them with bad smells?

Freya: That’s easy! VentiFresh is available in the UK via Amazon and even better if you use the code iLovVent during checkout you’ll get £12 off your order. 😀

Freya: Not based in the UK? No problem! VentiFresh is available in many countries around the world via Amazon and if it’s not available in your local Amazon store you can also buy it directly from VentiFresh

Renegade: Missed our first post with more technical details from the humans? Check it out here!