Ever since I learned the secrets of levitation photography, I had a mind to try Chai, Foxy and DeeDee in the dining room. I had managed to capture Bubu nearly a year earlier, but it was very hard indeed. Trying to get three lively kittens to co-operate all at the same time looked to be impossible. And it was. Not just that dear little Foxy was too timid to pose in front of the camera, but with the girls literally taking up the physical space in our tiny room, we simply couldn’t fit them all in!

Eventually we had to make do with just Chai and DeeDee. Chai threw herself into the role with gay abandon and I had plenty of images to choose from. DeeDee was happy to play with the bit of string, but only with her bottom firmly planted on my Mum’s old sewing machine, which wasn’t at all the effect I was after. In the end we persuaded her to step on to the back of a chair and I got one shot that I could use. My poor husband couldn’t understand why I didn’t take more, but the camera had to stay firmly in place, so the cats had to perform in exactly the same position as my focal point.

I took one more of the empty room and we packed up. It took several attempts to bring the three separate images together. The one of the empty room was used to remove the sewing machine and chair. The one of DeeDee was used to remove the shadows caused by using a flash when photographing Chai and vice versa. Even though the girls were actually in the room, I still had to process the final image to make it look convincing. 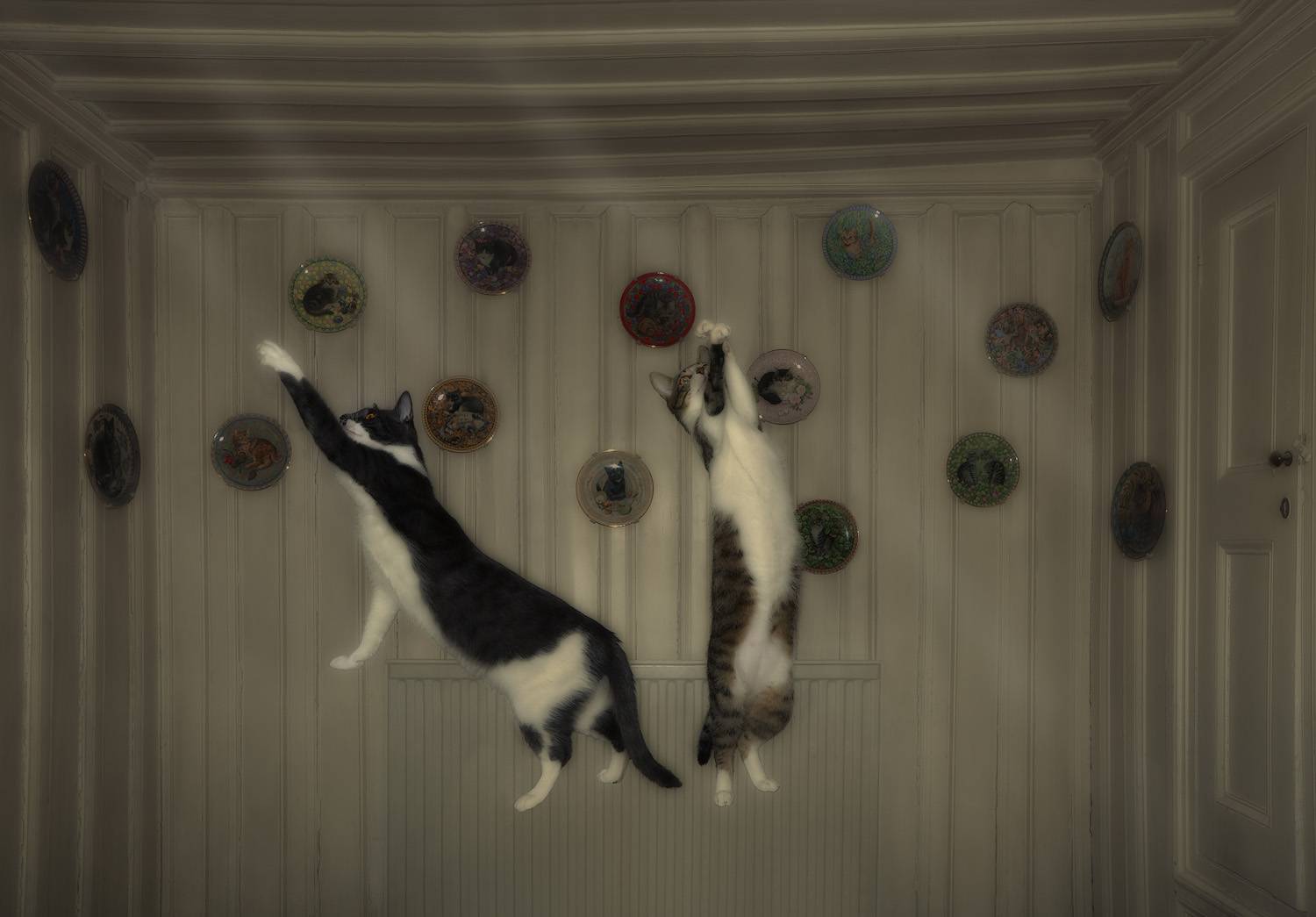 So the final result can be seen as the featured image above. It represents a bit of fun had with the girls one Sunday afternoon.

13 thoughts on “Playing with Sunbeams”