Today we have teamed up with Purrfect Match, a new digital series shot in a New York City cat cafe, whose mission is to help adopt cats!

Over the next weeks we will be showing their four part pilot episode Purrfect Match Love in the Cat Cafe. 🙂

The Catchelors where we meet the couple and the cats

All the cats at the cafe are adoptable and come from an an all-volunteer, no-kill rescue group called Kitty Kind.  The pilot was produced by Zone 3 a US/Canadian production company, who hope to attract sponsors and turn this into a regular series. 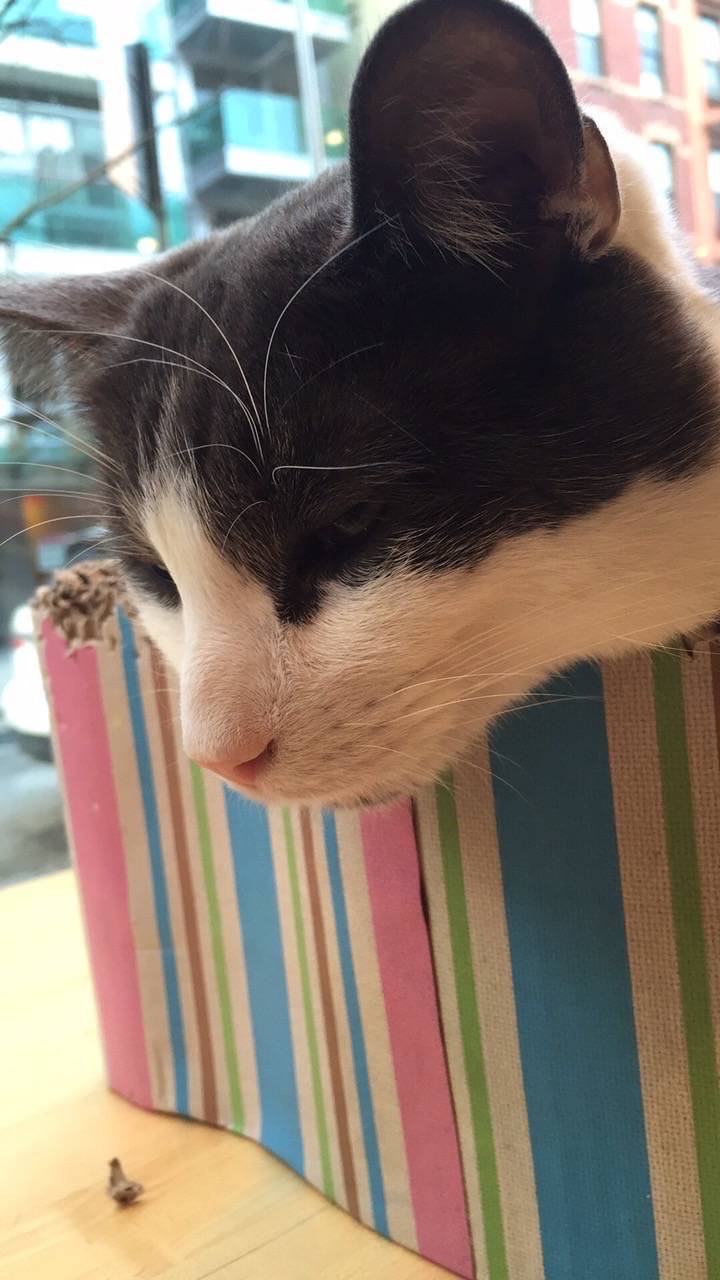