While i realise that not everyone may agree with tigers held in captivity I just thought I had to share the news of the Amur Tiger cubs that have been born in a Safari Park here in the UK! These are one of the most endangered species of tigers so having cubs of them are fantastic news. 🙂

Below a video from the Zoo telling us more about the the Tiger mother and her little cubs.

Below the official article on these amazing news. And at the bottom you’ll find another cute video of the tiger cubs close up! 😀

A pair of wonderful new arrivals has been welcomed at Woburn Safari Park in Bedfordshire with the birth of two critically endangered Amur tiger cubs, born to four-year-old tigress, Minerva. 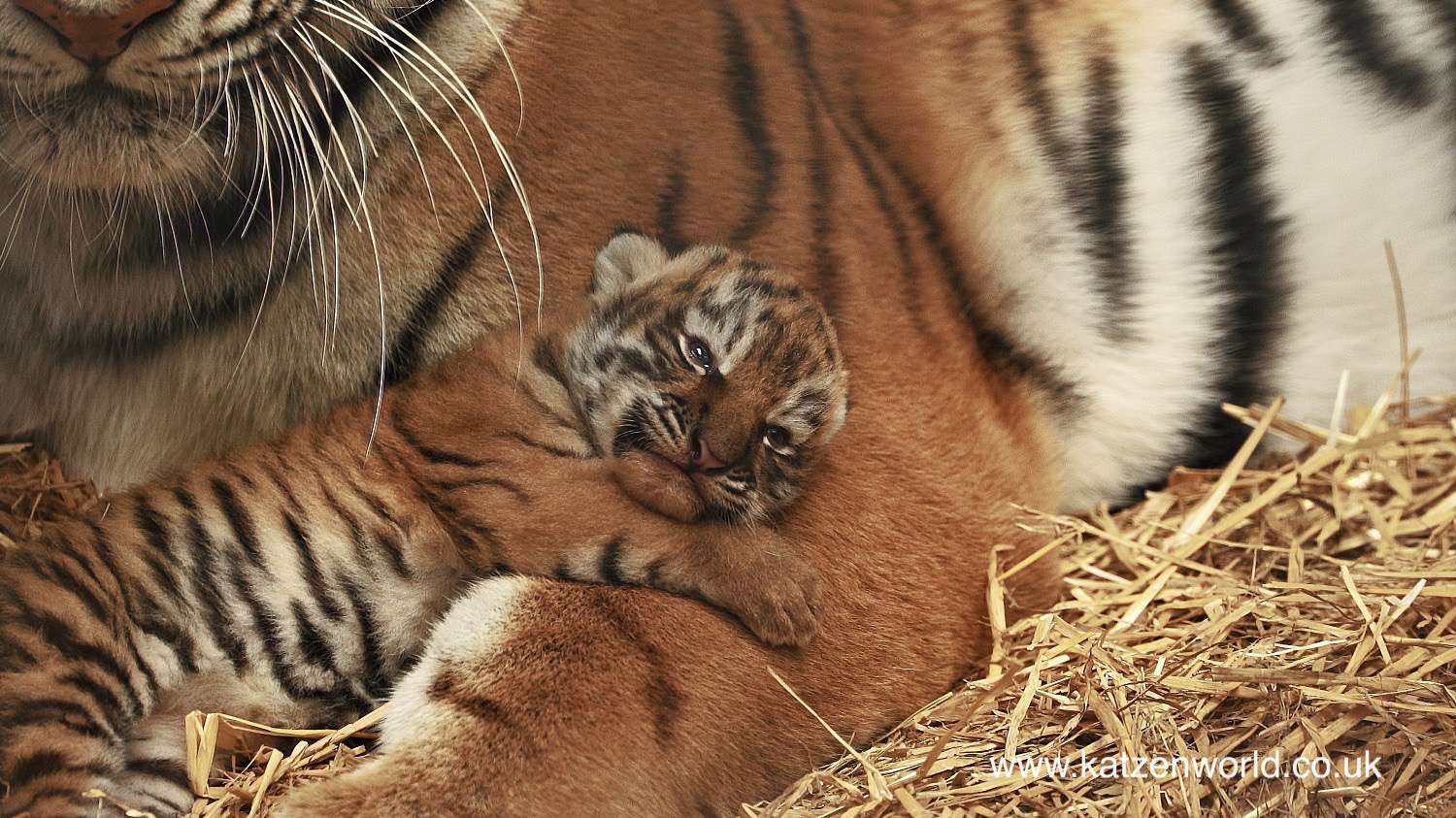 These tigers are amongst the largest and rarest cats in the world, and the new cubs signify an important achievement not just for the Park, but for the international breeding programme of this threatened species.

The as-yet unsexed cubs are the first to be born at Woburn Safari Park in 23 years; arriving overnight in the bespoke Tiger House and weighing in at a healthy 800-1200 grams. First time mother Minerva is understandably protective of her new babies and the Park is delighted that she has taken to motherhood brilliantly, remaining settled and calm.

The proud new mother and her two cubs are all together in a special private den, away from the public, with as little disturbance and noise as possible. The cubs will start to explore the 9 acre tiger reserve in early 2016, until then they will continue to be under the constant watchful eye of their mother.

Genetically, Minerva is ranked as the 7th most important female in the captive tiger population across Europe and together with the cubs’ father Elton, they are a very important genetic match, coordinated by the European Endangered Species Programme (EEP). 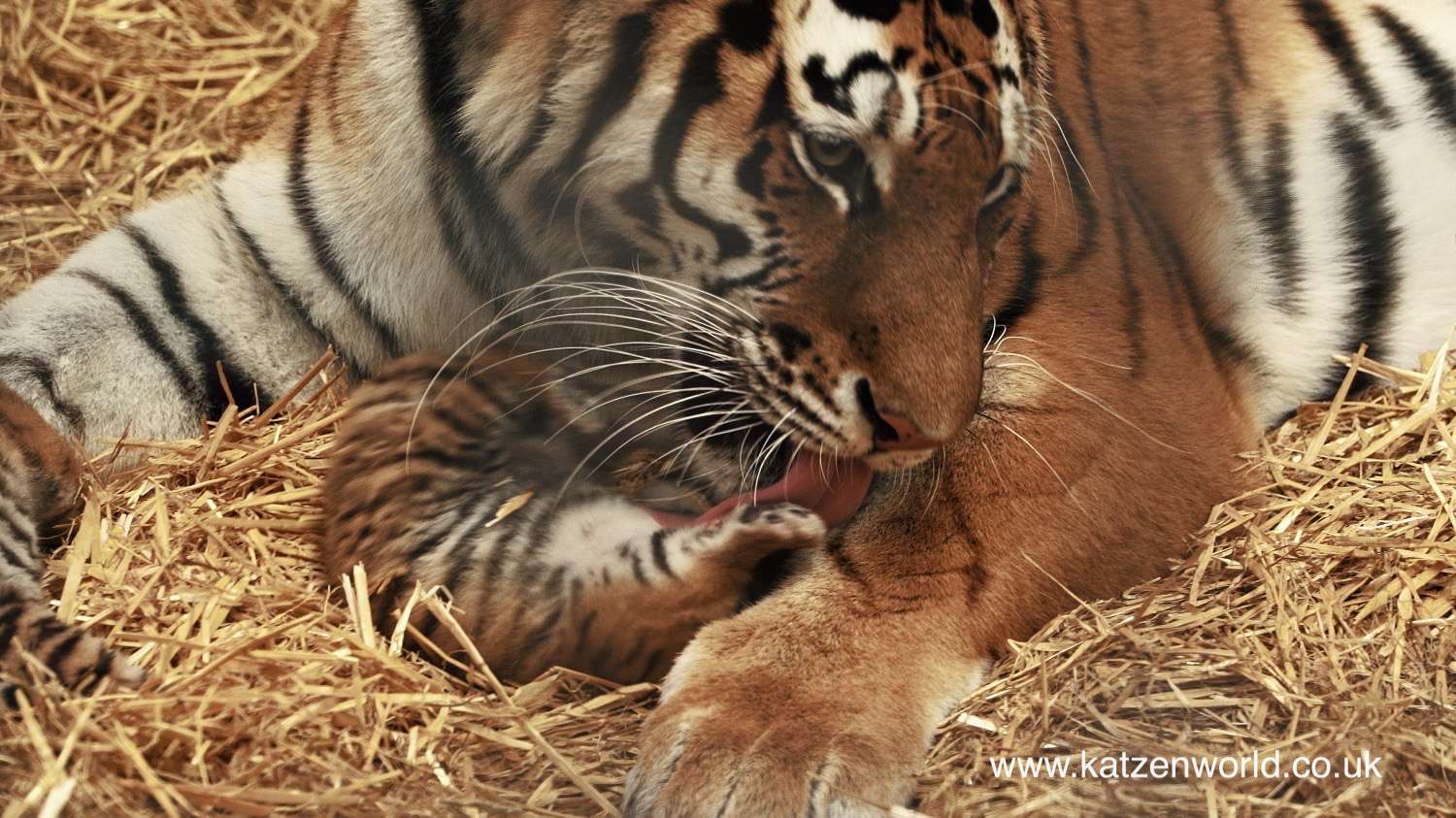 There are 326 Amur tigers (also referred to as the Siberian tiger) in captivity across Europe and Russia, and only approximately 520 in the wild – a slight increase in wild numbers in the last 10 years.

“This is the first litter for Minerva and Elton and so far she’s doing a great job as a new mother, although there is still a lot for her to learn. These cubs will make an important contribution to the European breeding programme for Amur tigers, as Minerva in particular is genetically very important and doesn’t have many relatives in the population. 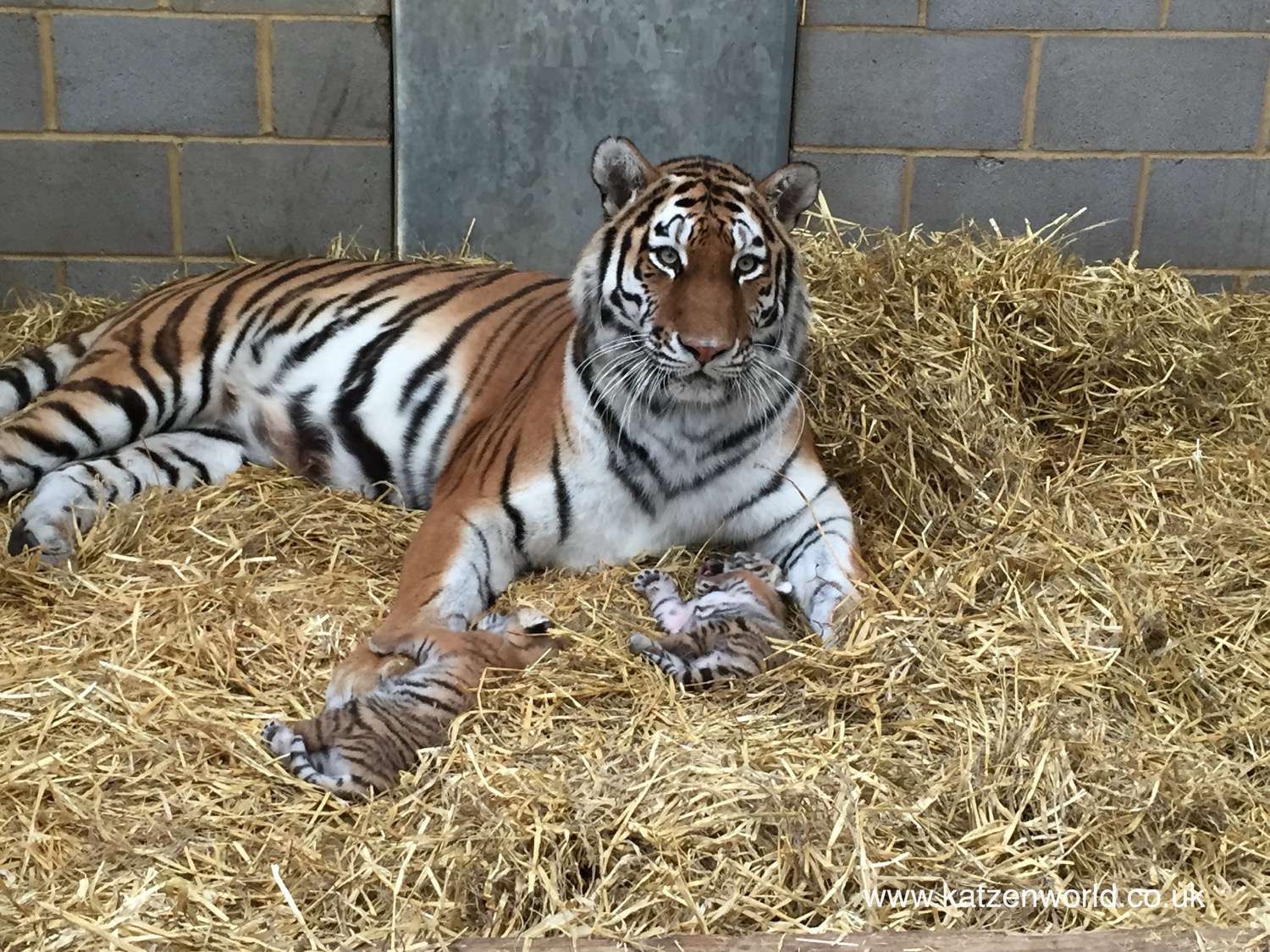 “Maintaining a healthy captive population of Amur tigers in zoos and parks is important because they act as an insurance population and can be used for reintroductions should that become a necessary conservation action to support wild Amur tigers. The tigers in captivity also help raise awareness and inspire visitors to do what they can to support these projects that are protecting these amazing animals in the Russian Far East and northeast China. Not only is Woburn Safari Park playing a role in the Amur tiger breeding programme, but it is also raising funds for the Amur Leopard and Tiger Alliance which supports conservation activities such as anti-poaching and population monitoring in Russia and China.”

Woburn Safari Park is home to five Amur tigers; two females – Minerva and Neurka, one male – Elton, and the two new cubs. Their home in ‘Kingdom of the Carnivores’ is a specially designed nine acre enclosure complete with sleeping platforms and bathing pools as they are the only big cats that like water. 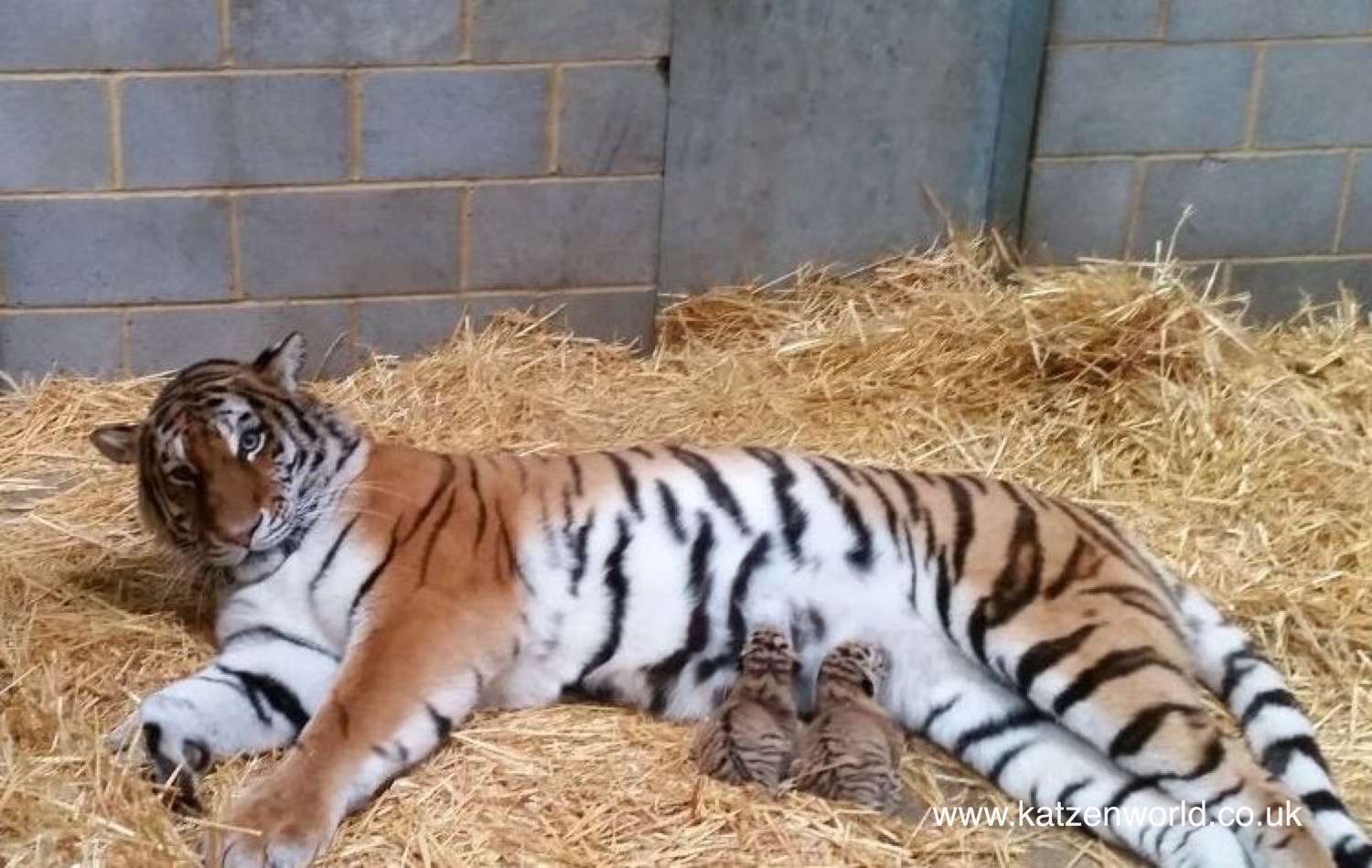 As promised here the video of the little cubs:

We hope you enjoyed reading about the cubs and if we get any additional photos or videos from the park we will make sure to share these with you. Maybe we will even get a chance to visit them in 2016!