Since our two kitties are both indoors only, the issue of litter trays has always been at the forefront. We’ve tried different types of trays, litter and of course mats to trap litter track.
Oli and Nubes both seem to like jumping out of the litter tray which usually means a wave of litter following behind them. This would more than often be taken into other rooms and sometimes to our bed. At first we just accepted this and just swept up the spill whenever we saw it.

We’ve tried a number of different mats over the past year but none really did the job so when we saw the BlackHole Litter Mat we weren’t that convinced it would be any better. It has a dual layer construction with a honeycomb top layer made of EVA (the same stuff in trainer soles) and a soft layer underneath. 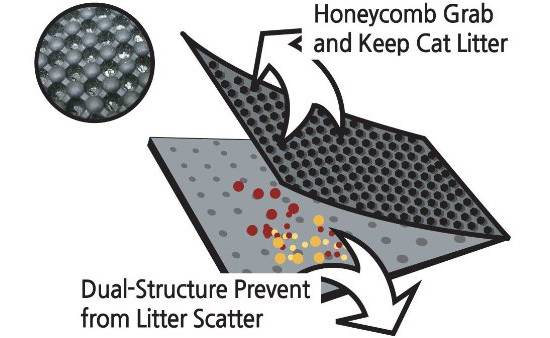 The mat comes in a number of shapes and sizes including a cool cat head shaped one. We tried the rectangular 30” by 23” Dark Grey version. We placed it in front of our kitties’ litter box and waited to see what happened. 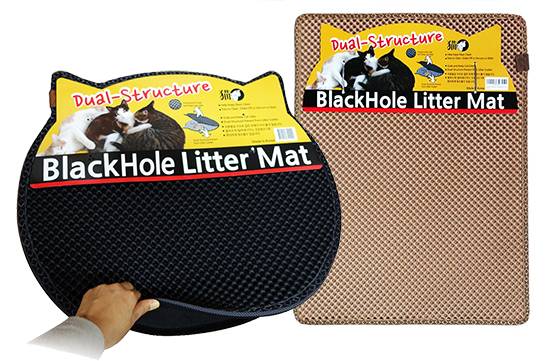 The first thing we noticed was that the cats were quite happy to actually walk on the mat. A previous mat we used was so nobly that the kitties would avoid the mat by jumping right out of the box and over it which would usually mean a bigger slew of litter following behind. This was definitely a good start. When Oli finished in the box, he walked out and over the full length of the mat without a pause. Obviously, this mat felt less bumpy under his paws. The good thing about the large size of this mat is that it means that the cats need a couple of strides to clear it meaning more chances for any litter clinging to paws to be trapped. When it came to Nubia’s turn she was just as happy to walk on the mat but still jumped a little of the mat [perhaps out of habit] leaving some litter on the side. If we had more space, we’d probably put another mat on the side. 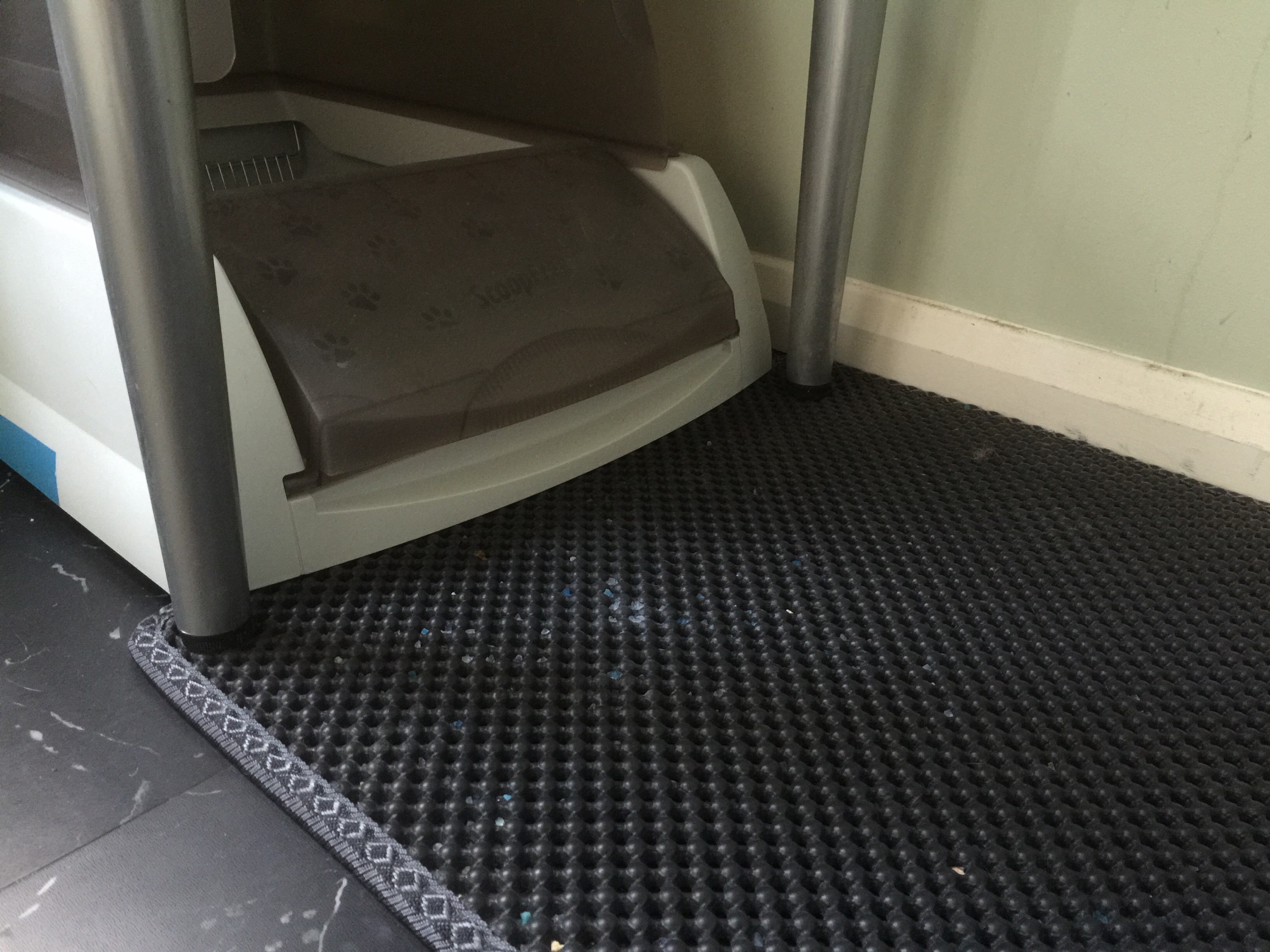 So, the mat proved to be a hit with the kitties in terms of comfort and did the job of catching the litter when walked over. What about dealing with the trapped litter? Cleaning our previous mats has often involved shaking the mat and then sweeping it up. With one, we often had to poke out pieces caught in nodules. Not so with the BlackHole mat. Because of the dual-structure, just picking it up and parting the layers is enough for any trapped litter to come tumbling out. We’ve found that we don’t really need to move the mat and can use the vacuum cleaner’s hose to clear up pretty quickly. Though we’ve not had to clean the mat so far, it looks like a simple matter of wiping the top layer.

Of all the mats we’ve tried, the Black Hole mat does exactly what it’s meant to. In terms of pricing, it is more expensive than our previous mats but then you get what you pay for, a mat that actually works.